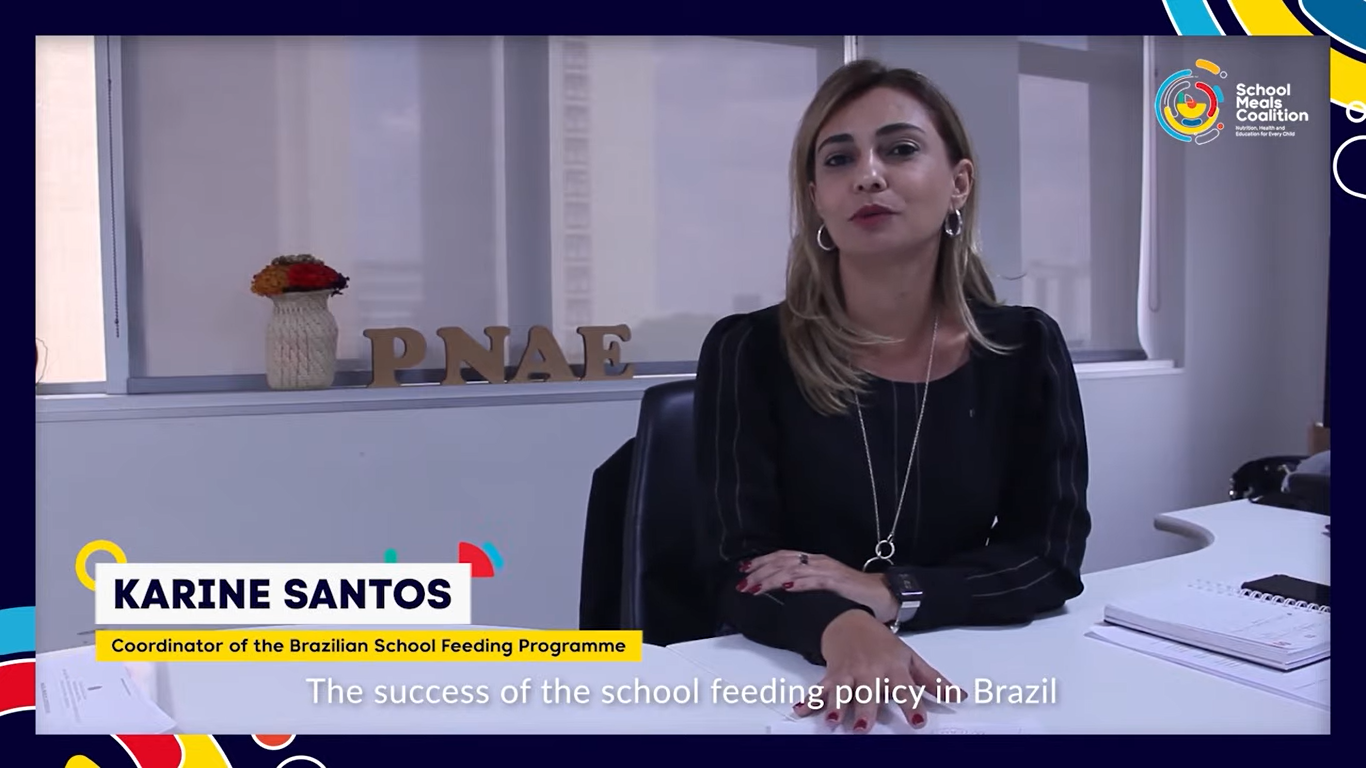 With the support from the WFP Centre of Excellence against Hunger Brazil, the Brazilian National School Feeding Programme (PNAE) was featured in the online ceremony that marked the launch of the Global School Meals Coalition, on Tuesday 16 November. Supported by the WFP, the new Coalition aims to ensure that every child has the opportunity to receive a healthy, nutritious meal in school by 2030, by supporting member countries to deliver effective, national school meals programmes. Over 60 countries and 55 other partners from universities, think tanks, NGOs, and UN agencies have signed up to the Coalition, whose work will run until 2030.

Karine Santos, Coordinator of the Brazilian School Feeding Programme (PNAE), spoke about some of the characteristics that make the Brazilian programme recognized worldwide. “The success of the school feeding policy in Brazil is due to the fact that it is based on the human right to adequate and healthy food and also to universal access”, she said, while mentioning the purchase of food from local smallholder farmers and the need for menus to be created by nutritionists. Adriana Rossato Souza, a nutritionist working in the state of Mato Grosso do Sul, also shared her experience. “Providing meals at school with safe, varied foods that respect food culture and that are produced at the local level, allied with food and nutrition education conducted by nutritionist professionals, help students recreate their eating habits and directly and positively influence their family, friends, and relatives”, she said. 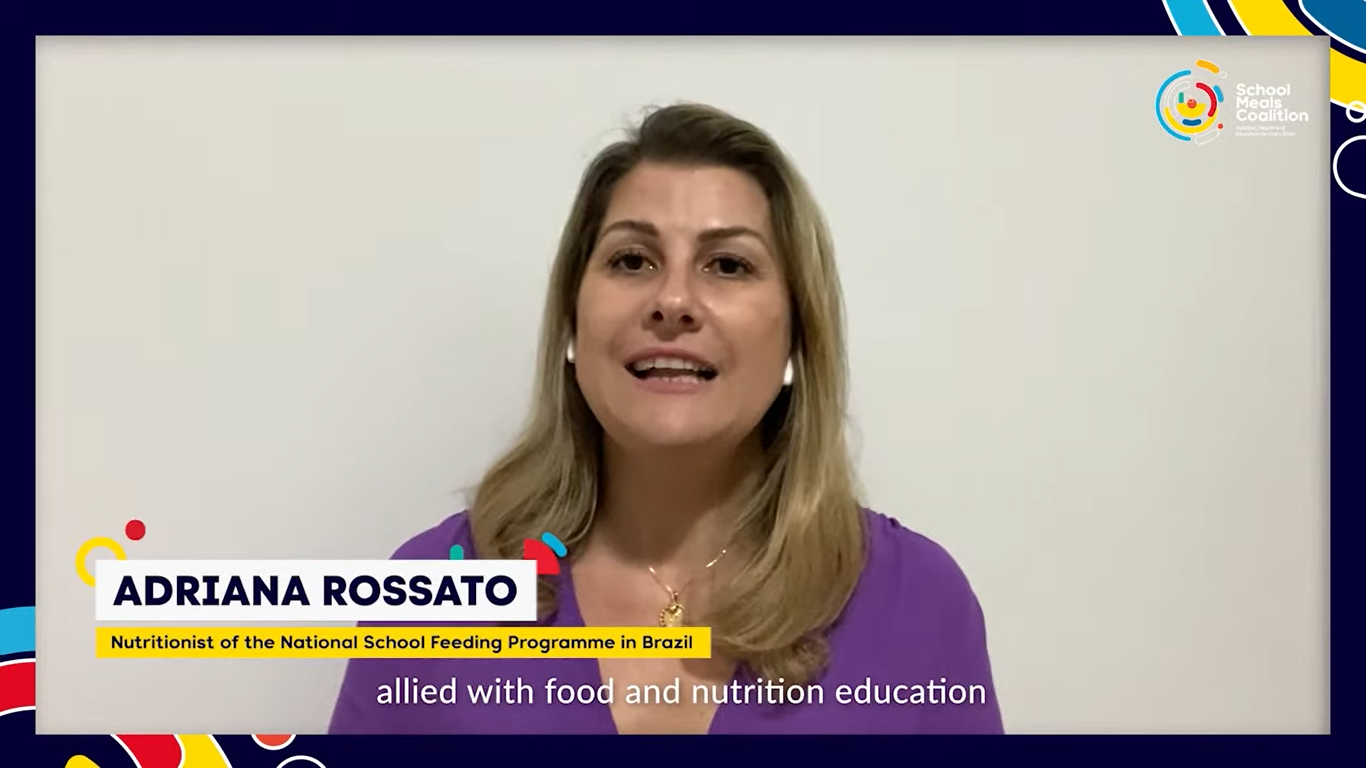 The event also featured President Emmanuel Macron of France, President Tshisekedi of the Democratic Republic of Congo, in his role as Chairperson of the African Union, Finnish Minister for Development Cooperation and Foreign Trade, Ville Skinnari, and David Beasley, Executive Director of the World Food Programme. “In just a few months, 60 governments and 50 organizations have come together from around the world to support the Coalition’s ambitious plan to ensure that every single child can access healthy school meals by 2030. The Covid pandemic smashed a decade of progress made in expanding school meals to the world’s most vulnerable children. This is our chance to get back on track”, David Beasley said.

The School Meals Coalition has been launched at a moment of great peril for many of the world’s children, so its mission will be to support partner countries to scale up school meals programmes, while overcoming gaps and bottlenecks. A number of School Meals Coalition initiatives have already been launched this year, which aim to support governments to widen and improve their school meals programmes. Carmen Burbano, Director of the World Food Programme’s School Feeding Division, said: “It is very exciting to see this initiative talking off this year. These countries believe that these programmes are fundamental for us to overcome the Covid-19 crisis. But the diversity of the partners is only the tip of the iceberg to what is needed to bring about this change”.

Over the past 10 years, the WFP Centre of Excellence in Brazil has supported countries to create and strengthen home-grown school feeding programmes through South-South Cooperation, in partnership with the government of Brazil. You can learn more about what has been done so far here.

A recording of the event can be found here.