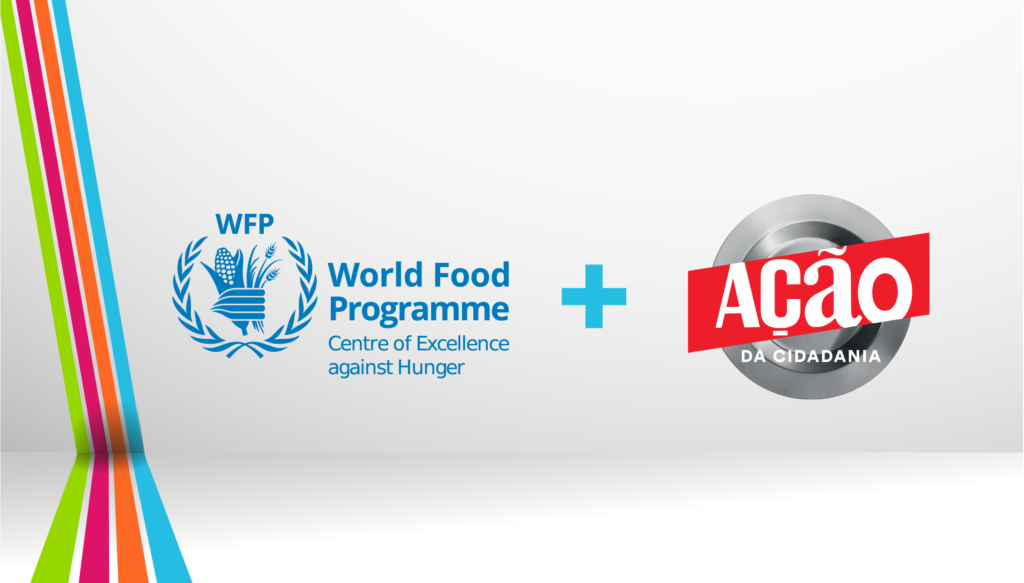 The WFP Centre of Excellence against Hunger in Brazil and the NGO Ação da Cidadania renewed the cooperation agreement to promote food and nutrition security in the country. The partnership will be guided by the Sustainable Development Goals (SDGs), especially SDG 2 (eradicating hunger) and SDG 17 (building partnerships for sustainable development). The partnership’s aims are, among other things, to provide support for projects, to carry out awareness campaigns and mobilization to give visibility to themes such as sustainable production and promotion of food and nutritional security, in addition to the launch of joint food distribution campaigns.

“Only through partnerships and cooperation will we be able to eradicate world hunger. Always guided by the metrics of the Sustainable Development Goals, especially SDGs 2 and 17, WFP in Brazil and Ação da Cidadania will be able to act more and more strategically to keep Brazil out of the Hunger Map”, said Daniel Balaban, WFP Representative in Brazil and Director of the Centre of Excellence against Hunger. He also highlighted the wide experience that the NGO has in logistics networks for the distribution of food.

“Unfortunately, research shows that extreme poverty has tripled in our country, which is not difficult to notice in the face of the scandalous situation of hunger that we see in the territories in which we operate. That is why we are partnering with one of the most important organizations that fight hunger worldwide. It brings us even more security and reach so that we can continue our actions in favour of Brazilians who live in food insecurity”, says Rodrigo “Kiko” Afonso, Executive Director of Ação da Cidadania.

The partnership with Ação da Cidadania has a long history and the WFP in Brazil sees the NGO as an important partner in the country. The two institutions have already worked together in campaigns here in Brazil, as was the case of the Compra Solidária campaign, headed by Carrefour, which distributed the equivalent of R$1.6 million in food baskets and food vouchers worth R$100 each for the purchase of food at any commercial establishment in the country. The campaign received institutional and coordination support from the WFP Centre of Excellence in Brazil, which coordinated the activities of four partner NGOs that took the vouchers to vulnerable families in 12 states and the Federal District. Ação da Cidadania was one of the partner NGOs and distributed cards and food baskets in the northern region of the country.

The World Food Program (WFP), the 2020 Nobel Peace Prize laureate, is the United Nations agency that leads the global fight against hunger and its main mandate is to provide emergency assistance and develop sustainable solutions to combat hunger and poverty in the countries with the highest rates of poverty and food insecurity in the world. Its presence in Brazil takes place through the Centre of Excellence against Hunger, which is the result of a partnership signed between the WFP and the Brazilian government in 2011. The mission of the Centre of Excellence is to support countries in the creation and implementation of sustainable solutions against hunger, also acting as a global forum for political dialogue and learning about school feeding, nutrition and activities related to food security.

Ação da Cidadania was founded in 1993 by sociologist Herbert de Souza, known as Betinho, with the aim of fighting hunger and socioeconomic inequality in the country and helping the more than 32 million Brazilians living below the poverty line that year. Since its creation, the NGO has initiated a series of initiatives, with Natal Sem Fome being the most celebrated of them. After a ten years gap, the campaign returned in 2017 and, in 2020, it gained full strength to help the now tens of millions of Brazilians living below the poverty line, according to data from the Federal Government’s Central Registry.