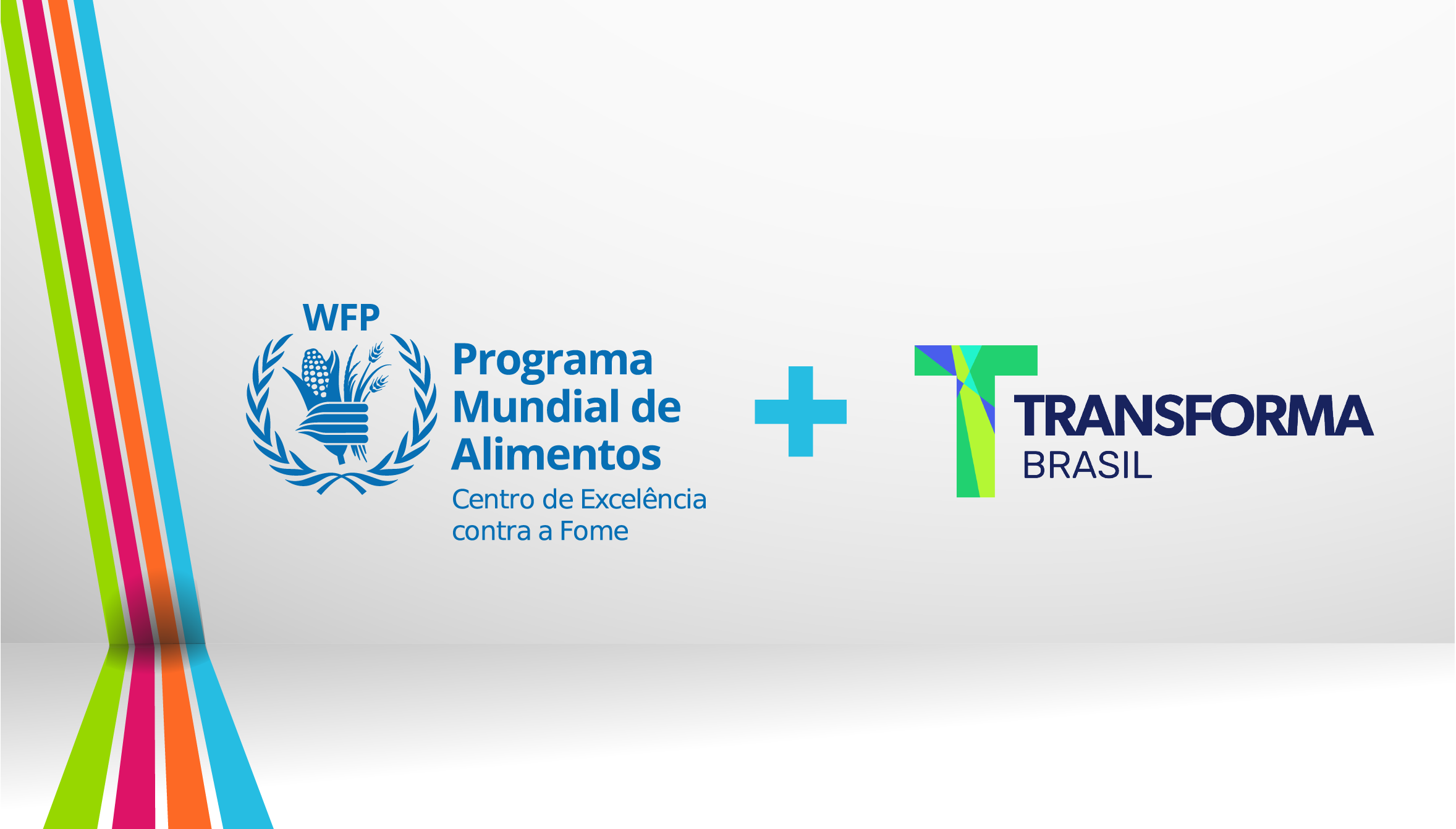 The WFP Centre of Excellence against Hunger and the national volunteer movement Transforma Brasil have just signed a partnership to develop solutions to combat food and nutritional insecurity and to raise awareness about the importance of a nutritious and accessible diet for all. The collaboration will include the development of initiatives and projects guided by the Sustainable Development Goals (SDGs), especially SDG 2, which is aimed at zero hunger and the promotion of sustainable agriculture, and SDG 17, which focuses on strengthening means of implementation and the revitalization of global partnerships for sustainable development by 2030.

According to data from the National Survey on Food Insecurity in the context of the Covid-19 pandemic in Brazil, developed by the Brazilian Network for Research in Sovereignty and Food Security (PENSSAN Network), 55.2% of families have some degree of food insecurity, which is equivalent to 116.8 million people. Of these, 19.1 million (9% of the population) suffer from severe food insecurity or hunger.

“Right now, society needs to act in a coordinated manner to support families that are in a situation of severe food insecurity,” said Daniel Balaban, WFP Representative in Brazil and Director of the Centre of Excellence against Hunger. “But in addition to providing food on an emergency basis, we also need to think of durable solutions to end hunger and to identify good examples of public projects and policies that we know are effective to make food systems more resilient around the world,” added Daniel Balaban.

Transforma Brasil has been developing a series of initiatives to fight hunger since the beginning of the pandemic. In 2020, the organization established the Transforma Brazil Fund, which raised more than R$ 31 million, distributing food for more than 400,000 families across the territory. This year, Transforma Brasil created the “Tamo Junto na Luta” movement, which has raised more than R$ 5 million and donated more than 30,000 food baskets across the country. “We have expertise in social technology and are already present in several Brazilian states through local partners, in addition to covering the entire national territory. We are an organized network to do good, ”said Fábio Silva, Founder and CEO of Transforma Brasil.

Among the first activities within the scope of the partnership are the technical and institutional support of the WFP Centre of Excellence to two campaigns do distribute food and to raise awareness about the increase in food insecurity, which will be announced at the end of May. There are other projects to be developed together, such as the identification of good practices in the engagement of civil society and access to multilateral funds and companies in the development of strategies for food and nutrition security.

The World Food Programme (WFP) received the Nobel Peace Prize for 2020. It is the United Nations’ largest humanitarian agency, saving lives in emergencies and, through food assistance and food and nutrition security projects, it contributes to the peace, stability and prosperity of people recovering from conflicts, disasters and the impact of climate change. The WFP Centre of Excellence against Hunger is the WFP office in Brazil and is the result of a partnership between the WFP and the Brazilian government. The Centre of Excellence’s mission is to support developing countries in creating and implementing sustainable solutions against hunger based on the use of successful experiences developed in the country. The WFP Centre of Excellence also acts as a global forum for policy dialogue and learning about school feeding, family farming, nutrition and activities related to food security.

Transforma Brasil, a movement that encourages volunteering and civic engagement in the country through a series of initiatives, has more than 3,000 projects and social initiatives throughout Brazil that work in local communities and already benefit more than 1 million people. The platform operates on 26 fronts such as: culture and art, combating poverty, gender equality, emergency actions, drug addicts, animal protection, inclusion, among others. Transforma Brasil also has about 800 thousand registered Brazilians and almost 3 million hours of volunteer work on its “voluntariometer”. The aid can come through the private sector, with quotas starting at R$ 5,000, or from the general public, with values ​​starting at R$ 5. Neoenergia, the largest private group in the Brazilian electricity sector, is the official master supporter of the Transforms Brazil.