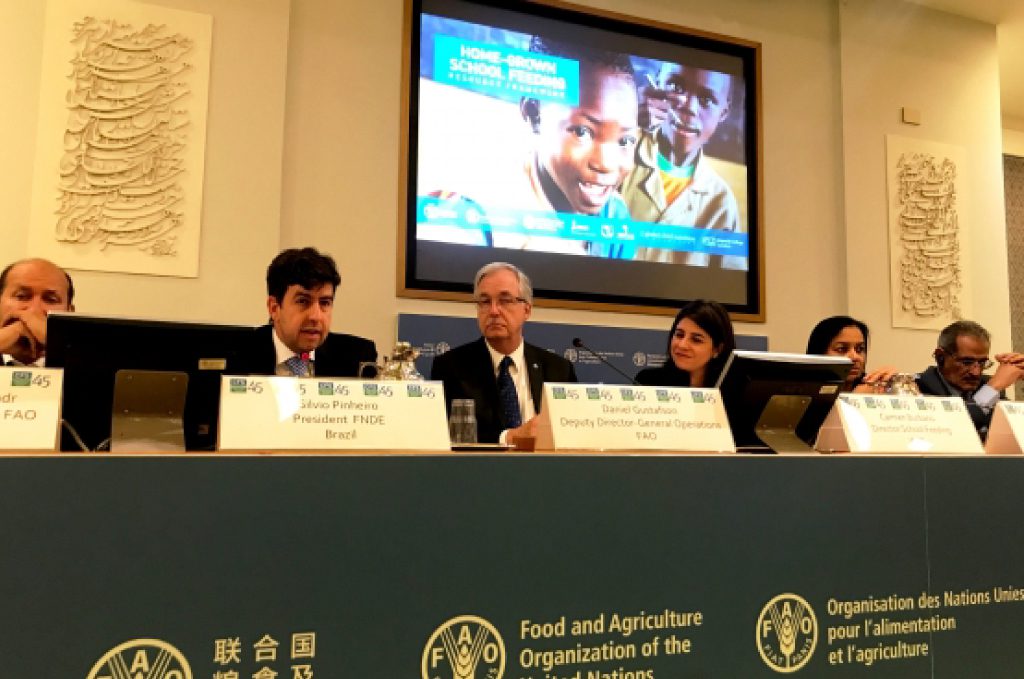 Participants of the 45th Committee on World Food Security (CFS) urged global efforts to eradicate hunger. According to the main speakers of the meeting that happened in Rome from 15 to 19 October, there is still time to achieve Zero Hunger by 2030, but urgent measures are needed.

FAO Director-General José Graziano da Silva told the opening assembly of the CFS meeting that failure to eradicate hunger will undermine all the Sustainable Development Goals, meaning “poverty will not be eradicated, natural resources will continue to degrade, and forced migration will continue to rise.” “We’ve got to get more serious about ending conflicts,” emphasized David Beasley, executive director of the World Food Programme.

CFS delegates discussed voluntary guidelines on food systems and nutrition. Those guidelines aim to help governments and relevant partners improve food systems, make them more sustainable in ways that confirm with the beliefs, cultures and tradition of individuals, and ensure they benefit the most vulnerable people.

One of these side events was the discussion on “Integrated School Meals Programmes for Multiple Contributions to the Sustainable Development Goals: Good practices, challenges and opportunities for innovation, learning and scaling up”. The event brought together senior government officials and country representatives to present their perspectives on the issue, from countries with diverse but emblematic school feeding experiences: Brazil, Egypt, Ethiopia, India, Yemen as well as African Union/NEPAD.

They were joined by senior representatives from civil society, the private sector, and development partners with interest in school feeding programmes. They exchanged views on what works, and opportunities for innovation, adaptation and expansion of successful models of intervention for multiple and sustainable impacts at scale. Representatives of countries explained how is each government translating its commitment to the school feeding agenda in terms of finance, legal and regulatory frameworks, institutional coordination, multi-sectoral approach, partnerships with civil society, and engagement with the private sector.

Some 821 million people, or one of every nine people on the planet, suffered from hunger last year, marking the third consecutive annual increase, according to the UN’s latest hunger report.

Other forms of malnutrition are spreading, too, notably obesity, which now affects 13.3 percent of the adult global population and is on course to surpass the number of undernourished people in the world. Eight of the 20 countries with the fastest rising rates of adult obesity are in Africa.

On 16 October, speakers at the global World Food Day ceremony in Rome called for stronger political will and more financial support to end hunger and malnutrition in all its forms, urging the international community to step up its efforts until everyone has enough and quality food.

This year’s theme of the World Food was “Our actions are our future: a Zero Hunger world by 2030 is possible”. It underscores the urgent need to step up collective efforts to reach the Zero Hunger goal. World Food Day was celebrated in over 150 countries around the world.

“The struggle against hunger urgently demands generous financing, the abolition of trade barriers and, above all, greater resilience in the face of climate change, economic crises and warfare,” Pope Francis said in a special message read out at the event.

José Graziano da Silva gave the example of Brazil, Peru and China, lauding them for having reduced hunger significantly in a short period of time – evidence that Zero Hunger is possible if there is political will and financial support.

In a video address, UN Secretary-General António Guterres described the deaths of half of the world’s infants due to hunger “intolerable” and called on everyone “to do their part towards sustainable food systems”.