Get to know the WFP, the 2020 Nobel Peace Prize Laureate 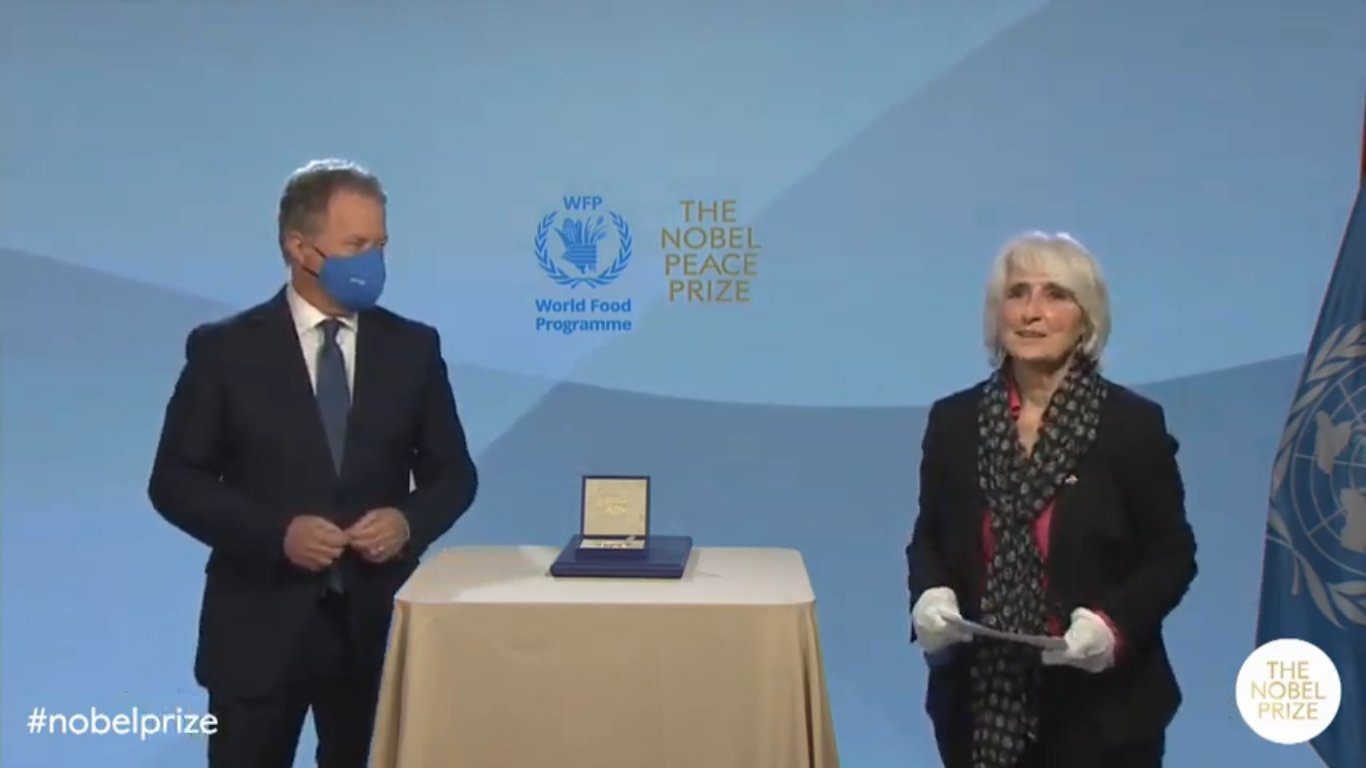 The United Nations World Food Programme (WFP) was awarded the Nobel Peace Prize during an online ceremony this Thursday, 10th December. WFP Executive Director David Beasley received the medal on behalf of the agency and its 20,000 staff and said that the award acknowledges WFP’s work of using food to combat hunger, to mitigate against destabilization of nations, to prevent mass migration, to end conflict and to create stability and peace.

In addition to the official broadcast, the WFP also hosted Facebook Live event called The People’s Prize, which was a celebration of the remarkable history, people and partners who are behind WFP winning the Nobel Peace Prize, and showed reactions from WFP staff around the world. 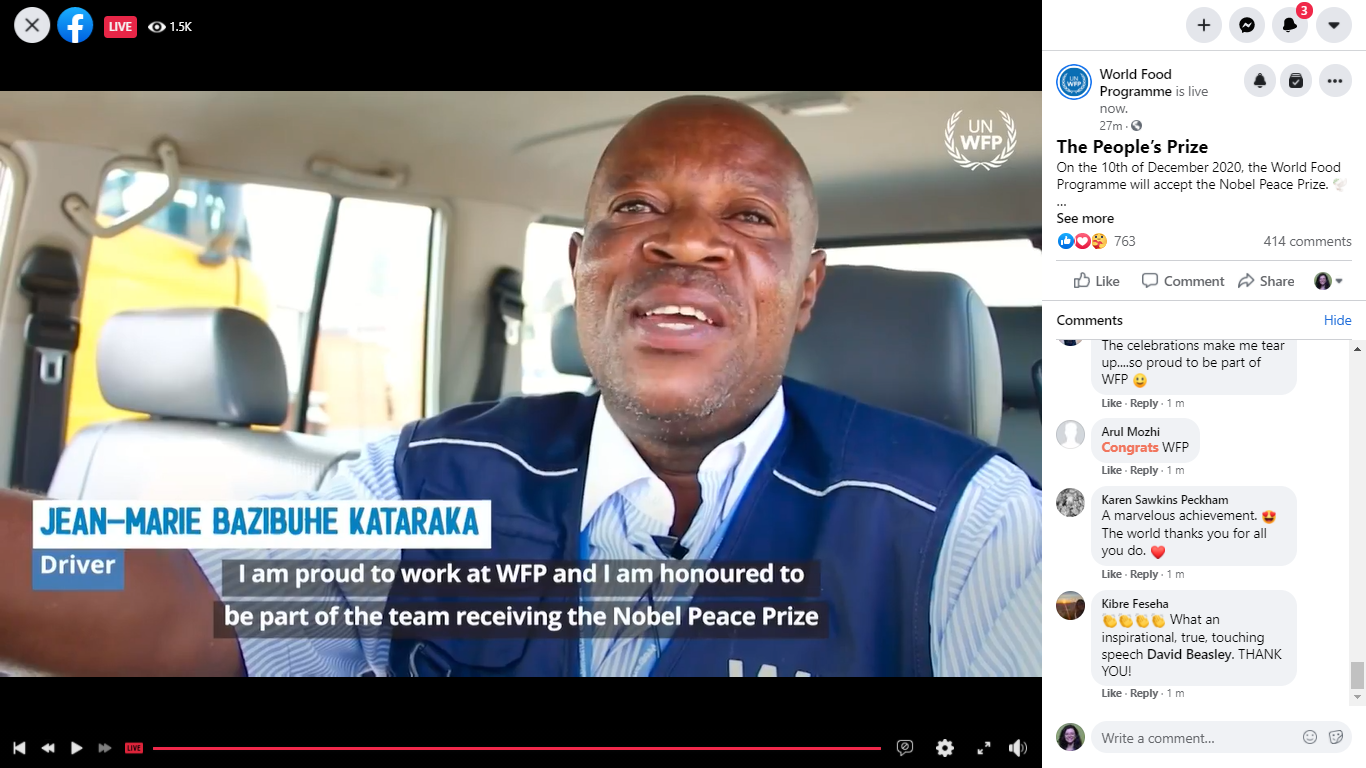 But what is it that we do?

We are the world’s largest humanitarian organization, working to save and change the lives of 100 million people in 88 countries. We are among the first on the scene in an emergency, providing food and other assistance to the victims of conflict, drought, floods, earthquakes, hurricanes and crop failures, as well as pandemics such as the current global outbreak of COVID-19. At the same time, we keep a sharp focus on sustainable development, providing governments with the support and skills to manage food security in the long term. This is the core of our work here at the WFP Centre of Excellence against Hunger in Brazil. 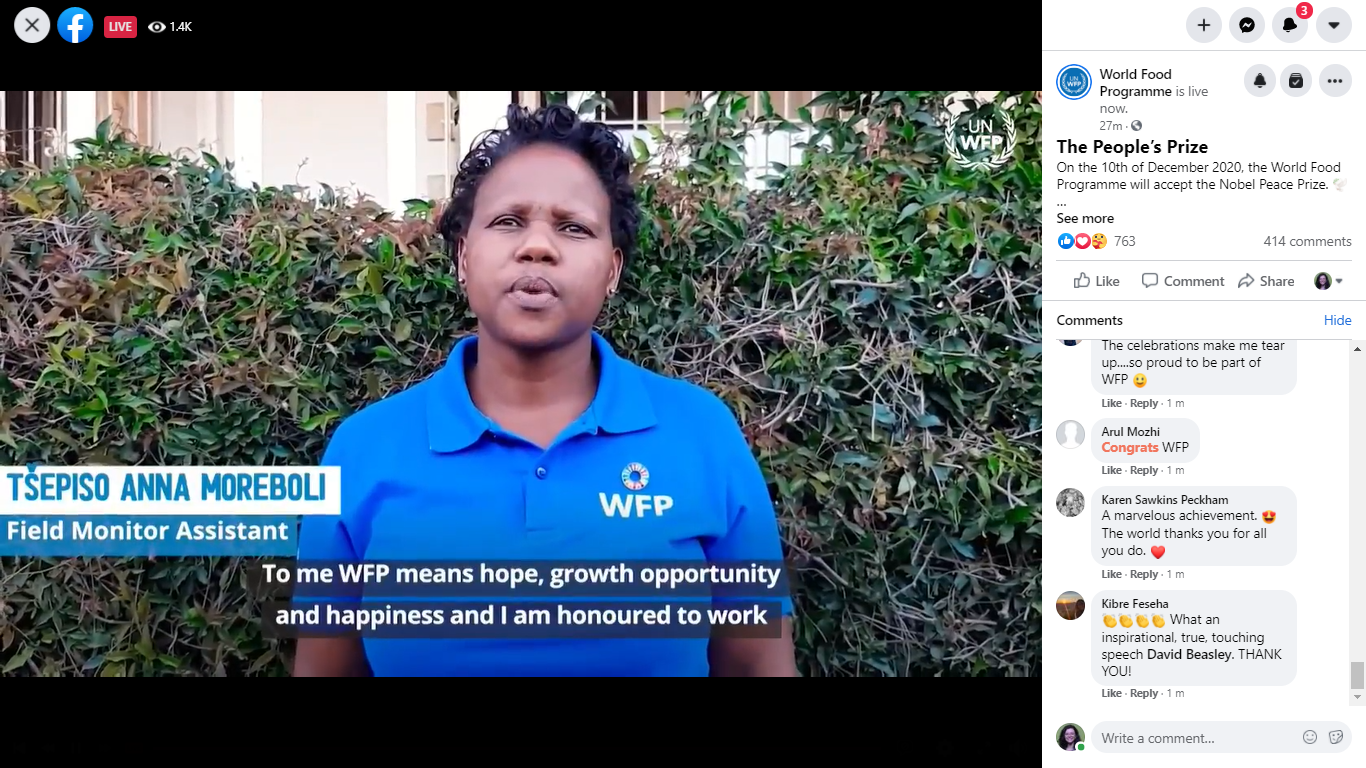 The WFP Centre of Excellence is the result of a partnership that has existed since 2011 between WFP and the Brazilian government. The office supports governments in Africa, Asia and Latin America in developing sustainable solutions to achieve zero hunger, programmes and public policies that are managed by national governments. The WFP Centre of Excellence’s main objective is to bring together countries that face similar challenges in the areas of food and nutrition security, with a special focus on local purchases for school feeding programmes linked to family farming and nutrition.

The Centre of Excellence has several active cooperation projects, such as Beyond Cotton, which brings together partners to help farmers increase production, income and food and nutrition security. We have also developed the Virtual Exchanges methodology to expand our online support to countries. The development and cooperation work we do by helping countries build sustainable solutions for hunger allows societies to be able to hope for a better future.