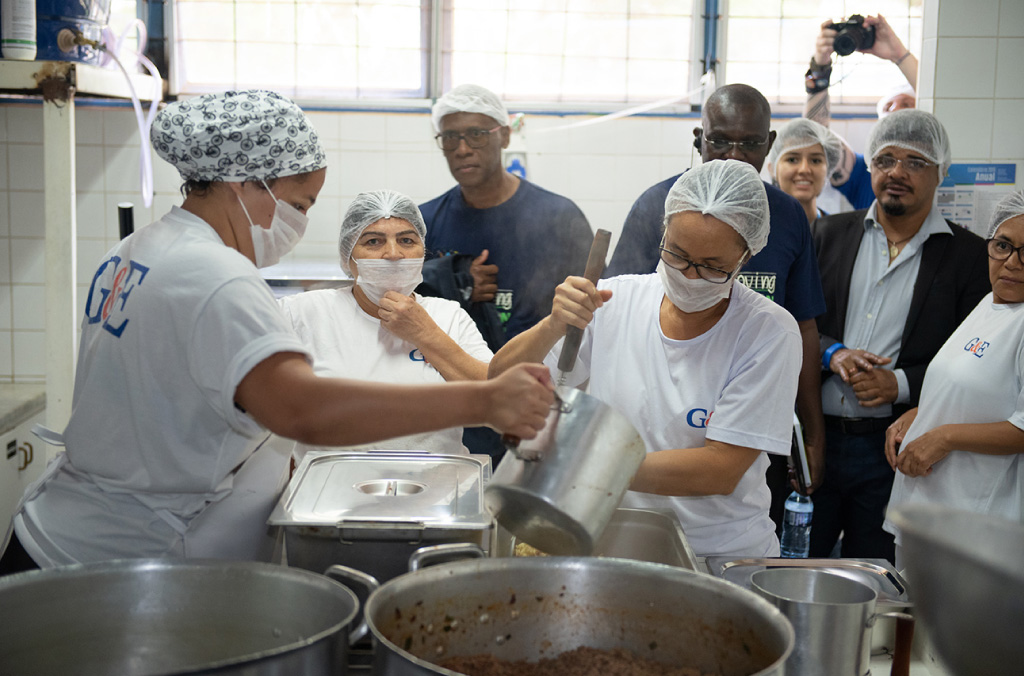 Sixteen representatives from the Ugandan government and from the country offices of the two UN agencies in the African Country, World Food Programme (WFP) and Food and Agriculture Organization (FAO), have visited the WFP Centre of Excellence against Hunger in Brazil, this week, from November 18th to 22nd. They were led by Hon. Rosemary Seninde Nansubuga, Minister of State for Primary Education. The delegation was also composed by other three State Ministers: Hon. Christopher Kibanzanga, Minister of State Agriculture, Animal Industries and Fisheries; Hon. Moses Kawaaluuko Kizige, Minister of State Karamoja Affairs; and, Hon. Jenipher Kacha Namuyangu, Minister of State, Local Government.

Besides the political leaders, the team was also made up of policy makers and technical staff and constituted a think-tank to learn more about the Brazilian experience with its successful school feeding programme, known as PNAE. Their objective was looking for ways and planning strategies to overcome some of Uganda´s challenges such as hunger of students while at school and high dropout rates, resulting in low transition to secondary school, especially for girls. 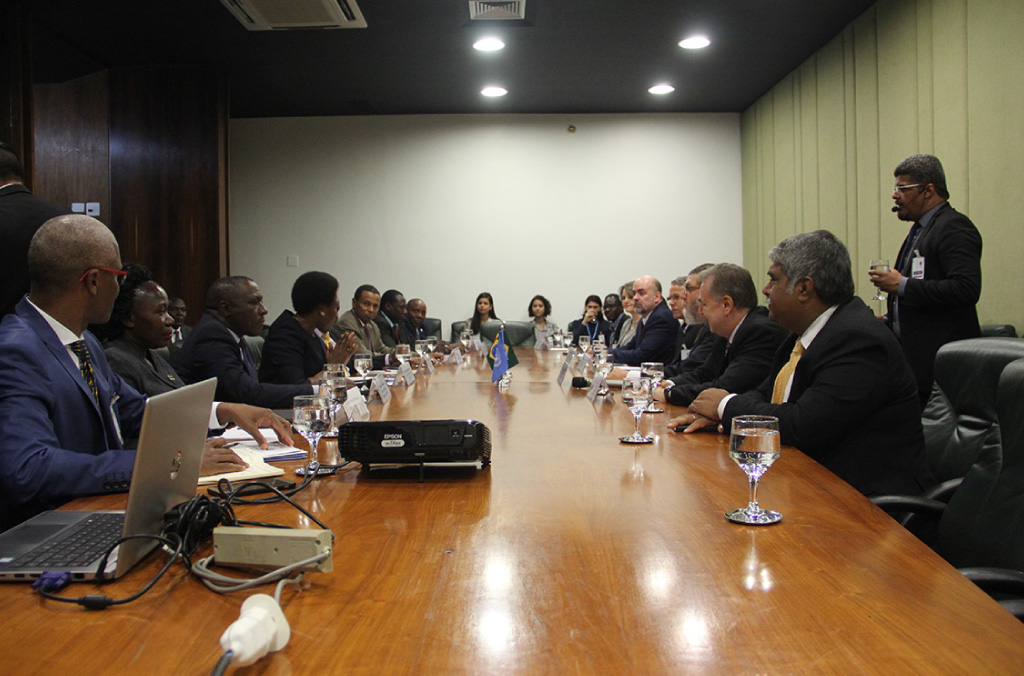 The government of the Country pursues the agenda of transforming the Ugandan society through education. To achieve this, the Government introduced Universal Primary Education (UPE) in 1997 and subsequently the Universal Secondary Education (USE) in 2007 with the aim of enhance the human capital development, as a precondition for poverty reduction and hunger elimination. Despite the government´s efforts to implement these plans, gaps still exist and need to be addressed; key among them is the provision of nutritious school meals to learners.

A few districts in the Country and some municipalities have embraced the school feeding programme; however, the majority are still lagging, especially in the rural & poor urban areas and the refugee-hosting districts. To address this challenge, the Ministry of Education and Sports has initiated a multi-sectoral approach to support the implementation of a sustainable school feeding and nutrition programme across the Country. In this context, the Ministry proposed this study visit to learn and benchmark from the Centre of Excellence against Hunger and from the Brazilian Government. 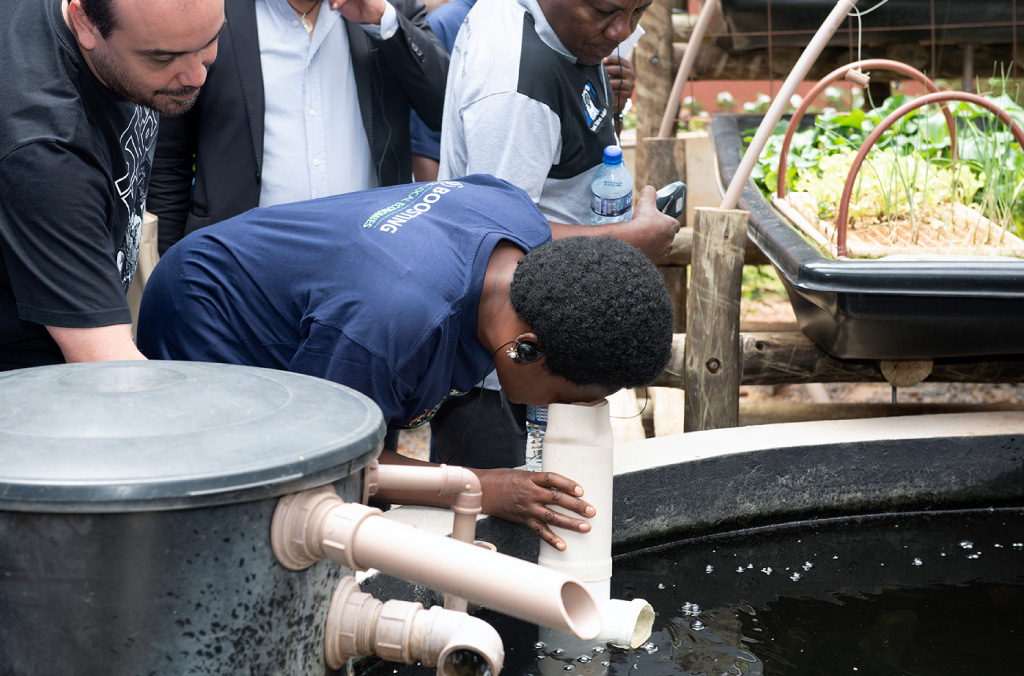 In the morning of the first day of the visit, the delegation was welcomed by the Director of the WFP Centre of Excellence against Hunger, Daniel Balaban, and the Director of the Brazilian Cooperation Agency, ambassador Ruy Pereira. In the afternoon, they headed to the office of WFP Centre of Excellence, where they learned about the work developed by the Centre in South-South cooperation, technical and remote assistance and capacity strengthening for school feeding. After that, the Delegation presented its school feeding related initiatives, including the roles played by the government and by WFP Country Office.

The second day was the day to learn about Brazilian National School Feeding Programme (PNAE) and its funding mechanisms, implementation model, information management, monitoring and community roles. On this day, the delegation had a meeting with the technical team of the PNAE and, on the fourth day, they also met Rodrigo Sergio Dias, President of the National Fund for Educational Development (FNDE), which is the Brazilian institution responsible for managing the school feeding programme. The delegation also watched the school feeding into practice, visiting one urban and one rural school, respectively on the third and the fourth day of the study visit. 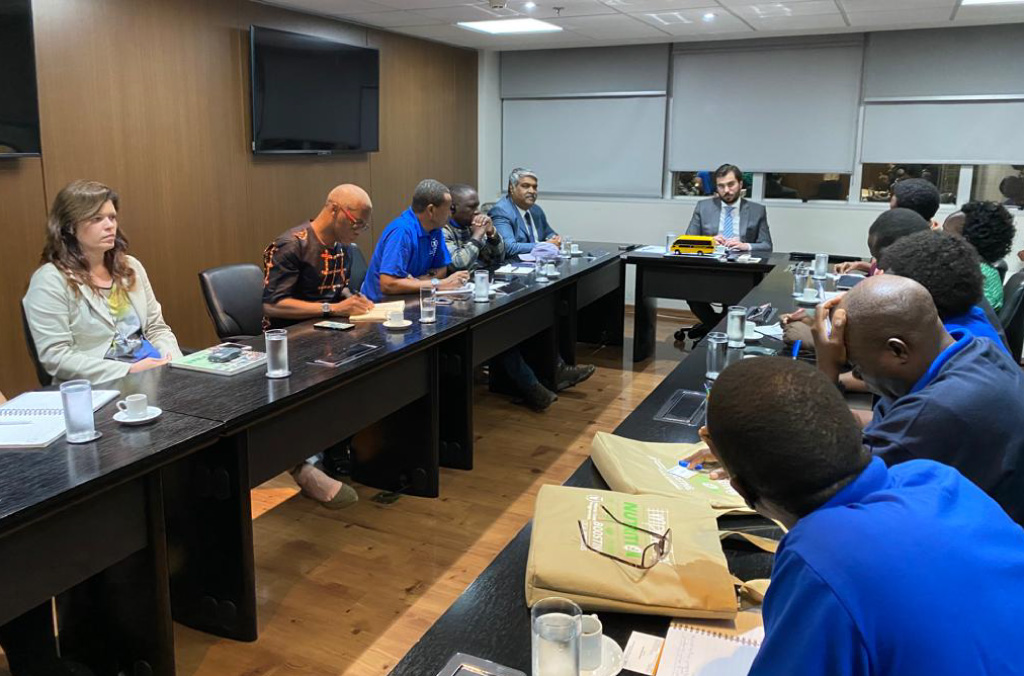 The linkage between school feeding models and other sectors programmes, particularly related to smallholder agricultural development, was also something the delegation was interested on. So that, they attended, on the second day of the visit, a presentation done by Fernando Schwanke, the Secretary of Smallholder Family Farming of the Brazilian Ministry of Agriculture, Livestock and Supply. To learn more about this subject, on the third day, they also met representatives from the Federal District Secretariat of Agriculture and, in the fourth day, the delegation had a meeting with representatives of EMATER (Federal District´s Rural Assistance Company), in which it was explained the technical assistance offered to smallholder farmers and institutional market programmes for structured purchases. On this day, they also visited a smallholder farmer and a local cooperative.

During the mission, the delegation has also started working on the Strategic Planning with the information they received in Brazil and on the development of a final mission report. 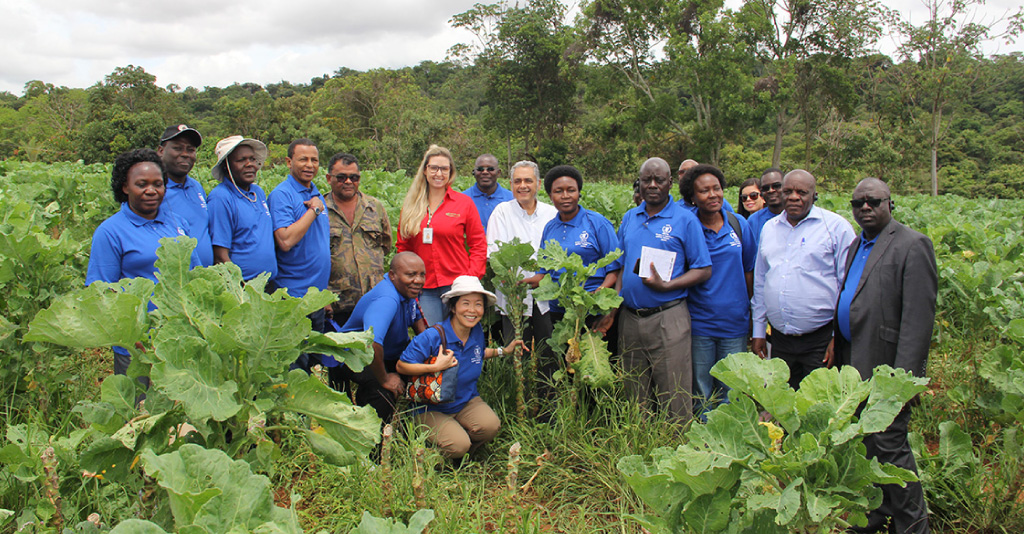