Employee of the Month: Isadora Ferreira 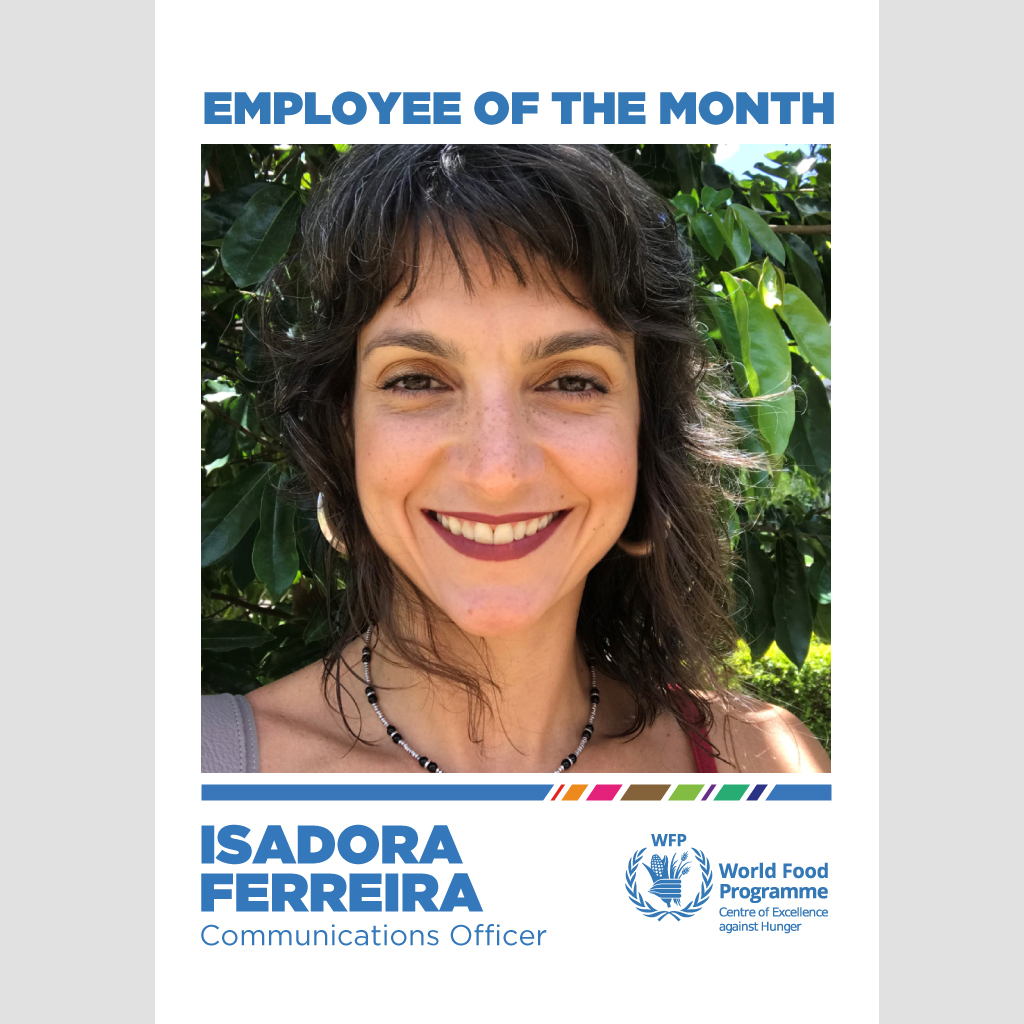 Who selects a pregnant woman for a job? WFP does!

My name is Isadora Ferreira and I am responsible for the Communication Unit of the WFP Centre of Excellence against Hunger. Since January, on the last Friday of each month, we have been publishing a profile of one of our employees, as part of our strategy to bring the work of the WFP Centre of Excellence and of the United Nations closer to people’s daily lives. This May, on the occasion of Mother’s Day celebrated in Brazil and in several other countries, I was thinking about who could have a good story related to motherhood and I realized that the most curious story was my own. After all, I was selected to work at the World Food Programme office in Brazil when I was eight months pregnant.

The year was 2012, and Rio+20 – the UN Conference on Sustainable Development – had just been closed. I was coming back from Rio and saw an announcement of a job opportunity in communications in the World Food Programme. WFP had opened an office in Brazil the year before. Throughout my professional life, since my first internship, I had worked in non-governmental organizations, foundations and international cooperation institutions, and working in a UN agency would be the fulfilment of my greatest professional dream. I sent my resume.

I did not get any answers and I thought they had selected someone else for the position. Soon after, I discovered that I was pregnant. I was so happy with the pregnancy – and feeling so nauseated – that I did not even have time to think about the opportunity I had lost. Months passed, my belly grew, and in January 2013 I received a call from the Human Resources person informing me that the selection process had been suspended and asking if I was still interested in running for the position. I said, “yes, but I am seven months pregnant”. 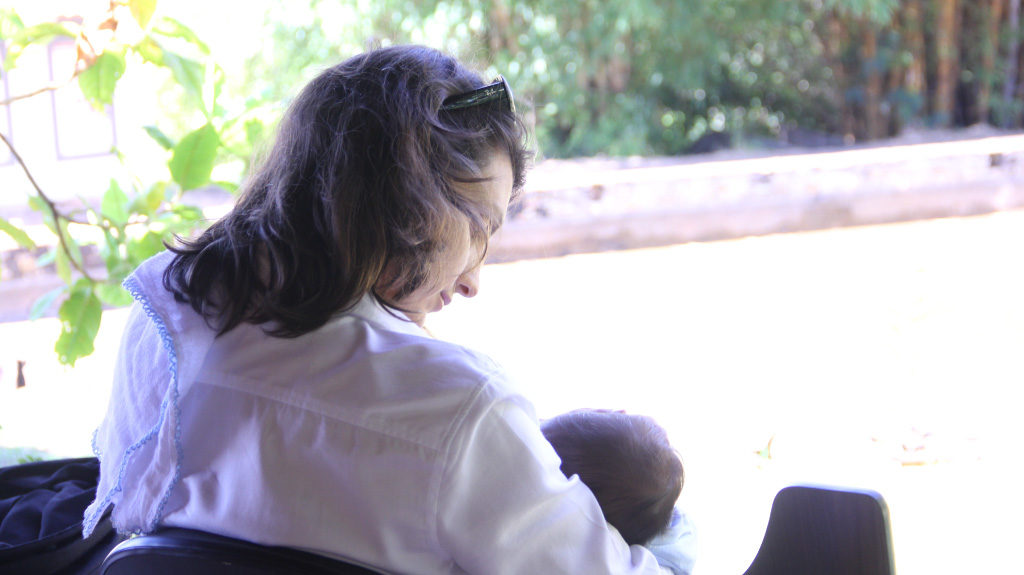 “Congratulations, would you be available to take a test next Wednesday?” This was the answer. I doubted my ears. I thought, “maybe she didn’t listened to what I said.” But I replied politely, “Yes, I can do the test on the day and time you are proposing.” Although I had almost no hope that I could get that position at the end of a pregnancy, I prepared for the test as if it were the most important of my life. I locked myself in a room (I confess I had to go out a couple of times to go to the bathroom, because a pregnant woman goes to the bathroom a lot!), I concentrated on the tasks that were requested and sent my test feeling confident that I had done a good job.

Although I knew I had done a good job, I still did not believe I would be called into the next phase. Imagine my surprise when I received a second call from HR asking me to participate in an interview. I did not even know what to think. I thought it could not be serious. Who considers hiring a woman who is going to take maternity leave in a short time? Then another question occurred to me: What kind of clothing does a pregnant woman wear at a job interview? You can search the internet: no one knows! What comes up on the search are discussions about whether a woman should disclose that she is pregnant at the job interview – which indicates how difficult it is for us women to get a job during pregnancy. Not revealing that I was pregnant was not even an option for me at that stage.

So I put on a red dress and went to the interview. It was one of those times when fits. I had a good answer for every question, I had cases to demonstrate my abilities, and I found the panel of interviewers very friendly. At the end of the interview they gave me the chance to ask questions, and I had only one: were they even considering hiring a pregnant woman? The answer was that this was not a deal breaker.

Still, I was reluctant. After the interview, I was asked to take a second test. I did it, and when it was all over, I called my husband. “I think it went very well, I think the panel members liked me and my answers. If I were not pregnant, I think I could be selected.” Although it went well, I was sure that if another candidate had performed similarly to me, he (or she) would be selected, for the simple fact of not having a maternity leave in such a close horizon.

A few days later, I received the call that would bring me the chance to finally fulfil my dream. I had been selected for the position. And, yes, they would wait for the birth and the maternity leave. Because of the eight-month pregnancy belly I was not able to actually jump, but inside I was jumping for joy. It was simply unbelievable!

My gratitude to the World Food Programme team in Brazil is endless. In addition to a wonderful job, their courage to choose a pregnant woman for a job also brought me the luck of leaving my home every morning to go to the office with the feeling that my work will contribute to making school feeding available to all children, will help Brazil and 30 other countries overcome hunger, and will contribute to building a world that is better and more just to everyone.