GDF signs memorandum of understanding with WFP Centre of Excellence

The partnership will enable the exchange of experiences on food and nutrition security, family farming, education, social protection and health. 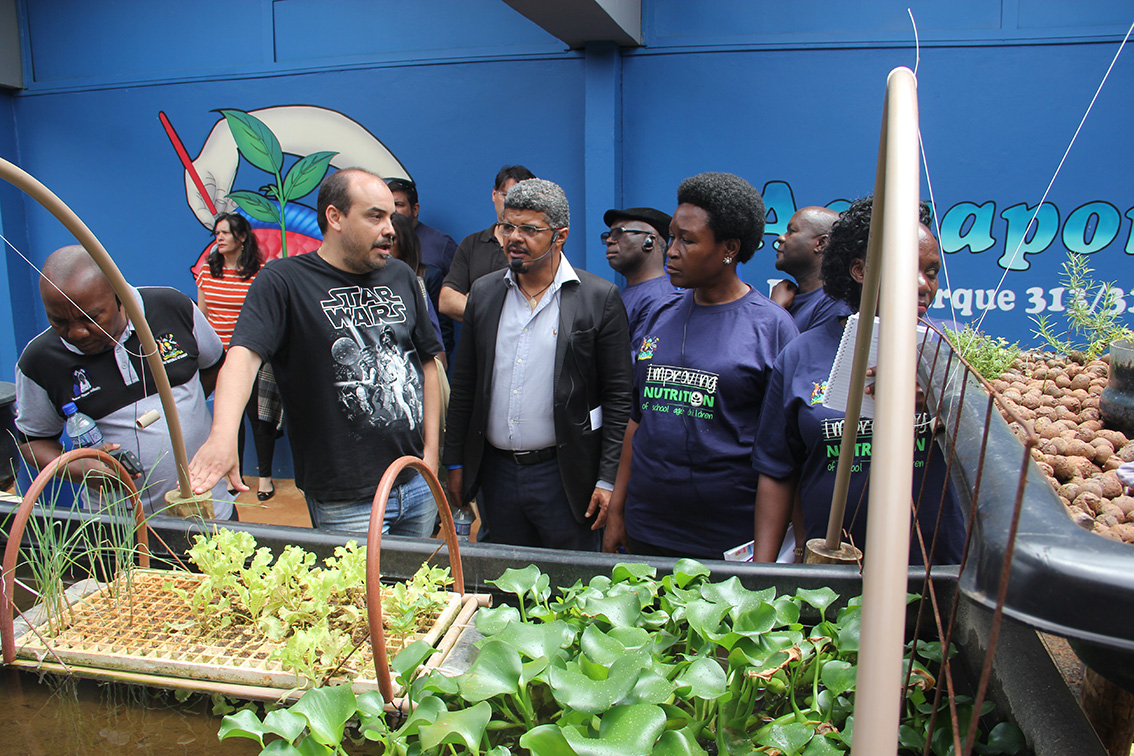 Delegation of Uganda checking the hydroponic garden in a study visit to a school in Brasilia (Photo: WFP/Natan Giuliano)

Within the scope of the proposals of the UN Decade of Action on Nutrition, the governor of the Federal District (GDF), Ibaneis Rocha, signed a memorandum of understanding with the WFP Centre of Excellence against Hunger in Brazil this week. The document formalizes a partnership in order to promote the exchange of good practices in the area of ​​food security and smallholder farming adopted within the public services in the Federal District.

“We have a series of initiatives in the Federal District focused on these themes – such as reference centres for social assistance and community restaurants – and we want to make our experience available to other countries,” said the governor. As an example, he mentioned the Criança Feliz Brasiliense programme, Shelter Units and the Agriculture Production Acquisition Programme. The initiatives touch on various sectors of the government and are carried out by the secretariats of Agriculture, Education, Health, Social Development and by the Technical Assistance and Rural Extension Company of the Federal District (Emater-DF in Portuguese).

The memorandum of understanding also aims to provide training for managers in healthy eating, to increase the value of smallholder farming, in addition to improving the school feeding programme and combating waste. “We have a great opportunity here to learn from partner countries,” added the governor.

The Centre of Excellence and the Federal District government have worked together over the years to share best practices observed in the area, welcoming delegations from countries in Africa and Asia. “With this agreement, we are consolidating the partnership with the Federal District government, which has been going on for some years. Their experience in ​​education, health and food security should continue to be shared with developing countries, especially African countries, through international cooperation”, said the WFP Centre for Excellence Director Daniel Balaban. 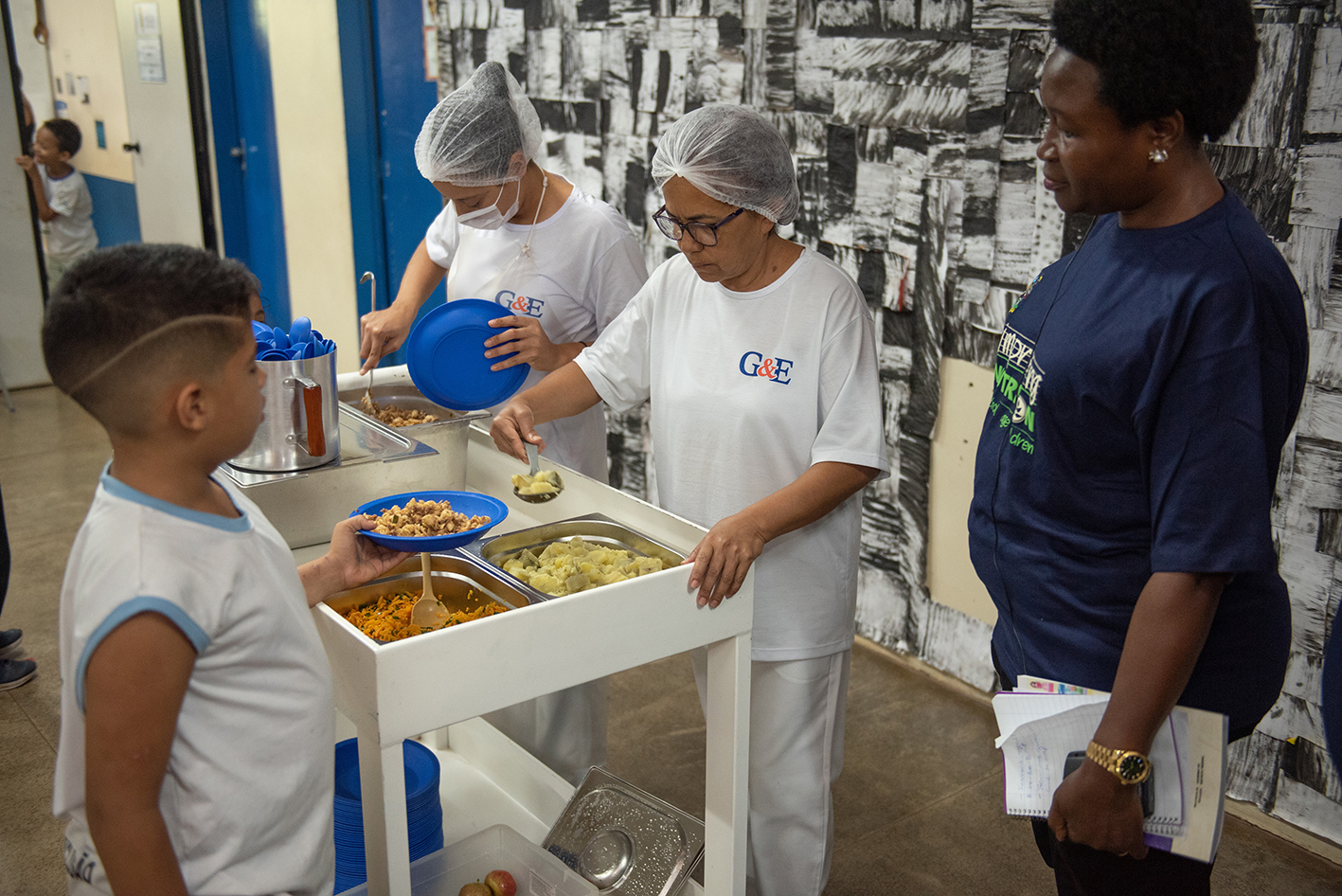 Between 2012 and 2019, several delegations from countries such as Ghana, Bangladesh, Congo, Philippines, Ethiopia, Cambodia, Liberia, Malawi, Rwanda, India, Myanmar and Uganda visited the Federal District. The Centre of Excellence also received support from the government on visits from authorities, such as that of the First Lady of Mozambique and that of representatives of the United Kingdom’s Department for International Development (DFID), both in 2016. According to the head of the Office of International Affairs (EAI) of the Federal District, Renata Zuquim, the delegations were briefed on the implementation of the National School Feeding Programme (PNAE) and visited other public facilities, such as the Specialized Reference Centres in Social Assistance (CREAS).

Through the memorandum of understanding, the Federal District government also wants to promote both the local and national models for local food purchases and the inclusion of smallholder farmers in the food supply chain for food and nutrition security networks, including their equipment and public policy programme.

Learn more – In a study published in 2019, the United Nations indicated that about 820 million people suffer from hunger in the world. For this reason, the fight against hunger and the promotion of public policies aimed at food security are among the 17 Sustainable Development Goals (SDGs) of the 2030 Agenda.

WFP is the largest humanitarian agency in the world, seeking to improve the resilience of individuals, communities and countries so that these groups have health, food and nutritional security, and adequate and sustainable nutrition in the long term, in addition to providing responses from immediate humanitarian character to crises, wars and natural disasters through the distribution of food.

The WFP Centre of Excellence Against Hunger is a partnership between WPF and the Brazilian government, with the purpose of supporting the governments of countries in Africa, Asia and Latin America in the development of solutions against hunger, functioning as a global forum for political dialogues, as well as promoting South-South cooperation in activities related to food, nutrition and food and nutritional security.