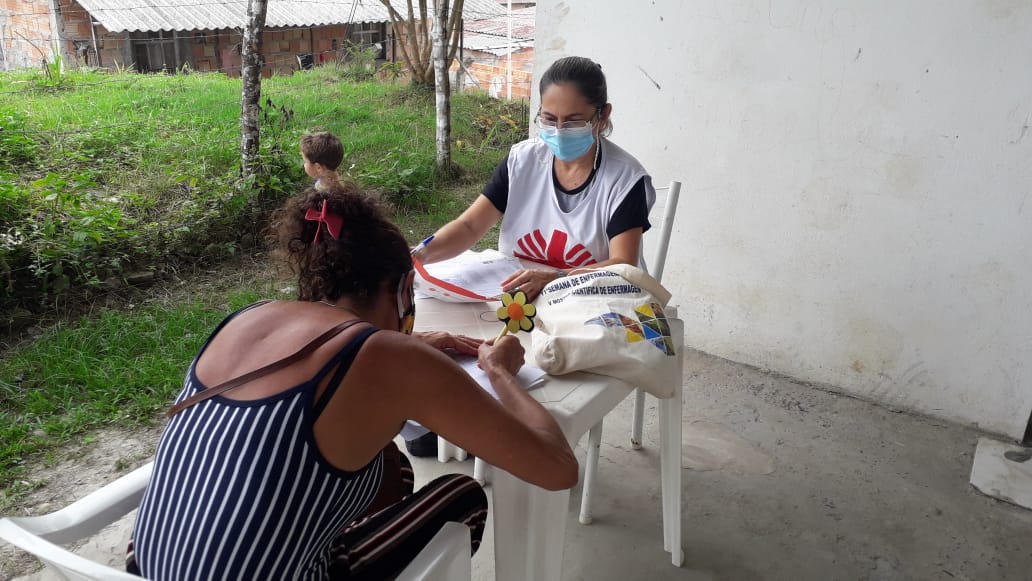 This week, the partner NGOs that are collaborating with the Compra Solidária campaign by Carrefour Brazil concluded the distribution of 6,000 food cards worth R$ 100 each in 12 Brazilian states and the Federal District. The fundraising campaign is operated by Carrefour, while the WFP Centre of Excellence against Hunger coordinated the activities of partner NGOs Ação da Cidadania, Cáritas, Diaconia and Fundação Amazônia Sustentável (FAS).

Most of the cards were delivered directly to the families, enabling the direct purchase in local retailers of basic food items chosen by the beneficiaries. For more isolated communities in the state of Amazonas, FAS used the cards to compose food baskets which were then delivered to families. The WFP Centre of Excellence will now start the second distribution phase with 8,898 cards.

Find out more about what this campaign meant for the beneficiaries:

For this campaign, Ação da Cidadania distributed 700 cards in neighbourhoods of São Luís and Paço do Lumiar, in the state of Maranhão. Antônia Célia, 44, who lives in the Vila Vitória community in São Luís, was one of the beneficiaries. “We are grateful to receive this R$ 100 food voucher. We had received help before, but now it was different because we are able to choose what to buy according to our needs, so we are very grateful for that”, she said.

Members of the Pindoba community in Paço do Lumiar, Maranhão, receive food vouchers from the Compra Solidára campaign.

Cáritas distributed 3,400 cards in 11 metropolitan regions all over the country. In Belo Horizonte, the NGO delivered the cards to families of the Pátria Livre occupation and residents of the Pedreira Padro Lopes community, in addition recycling workers from Belo Horizonte. “We are out of work because we are not able to collect materials. This is a very difficult time for us and the vouchers will bring joy to many families”, said Silvana Assis, president of the Barreiro Region Recycling Cooperative . 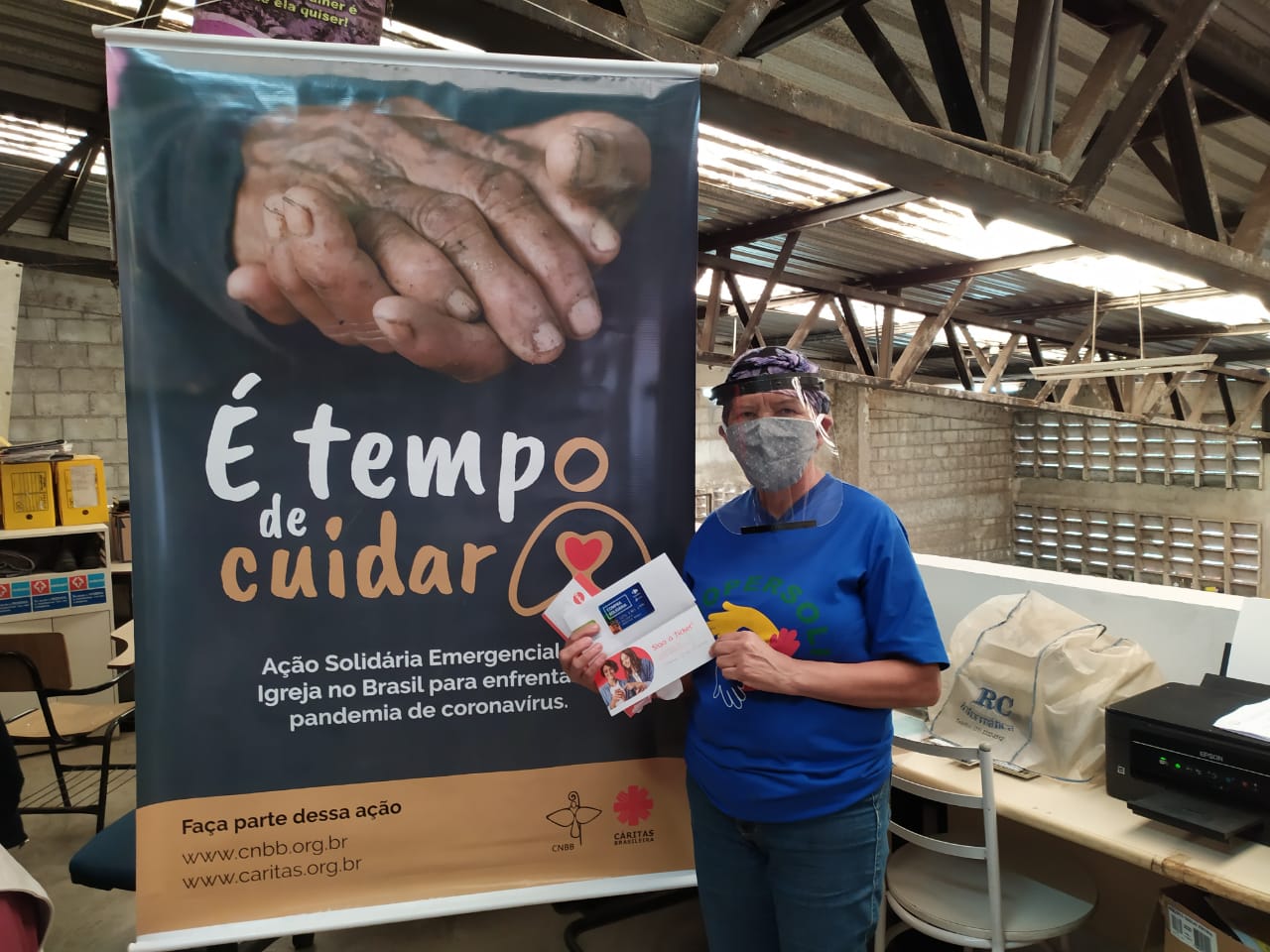 Silvana Assis, president of the recycling cooperative, received one of the food vouchers

Diaconia distributed 1,100 cards in rural and urban areas of Ceará, Paraíba and Pernambuco, through partnerships with community groups and local churches. According to the NGO, the card format enabled families to choose what and where to buy. “I was able to buy other things that are not in the basic food basket, for example, tapioca flour, crackers, meat, fruits, vegetables. We were able to choose and buy a little bit of each”, said Silva Rangel, 56, who received one of the cards. She is unemployed and lives with four other family members in Recife (Pernambuco).

Food vouchers being delivered in the Alto da Bondade neighbourhood, in Olinda, Pernambuco. 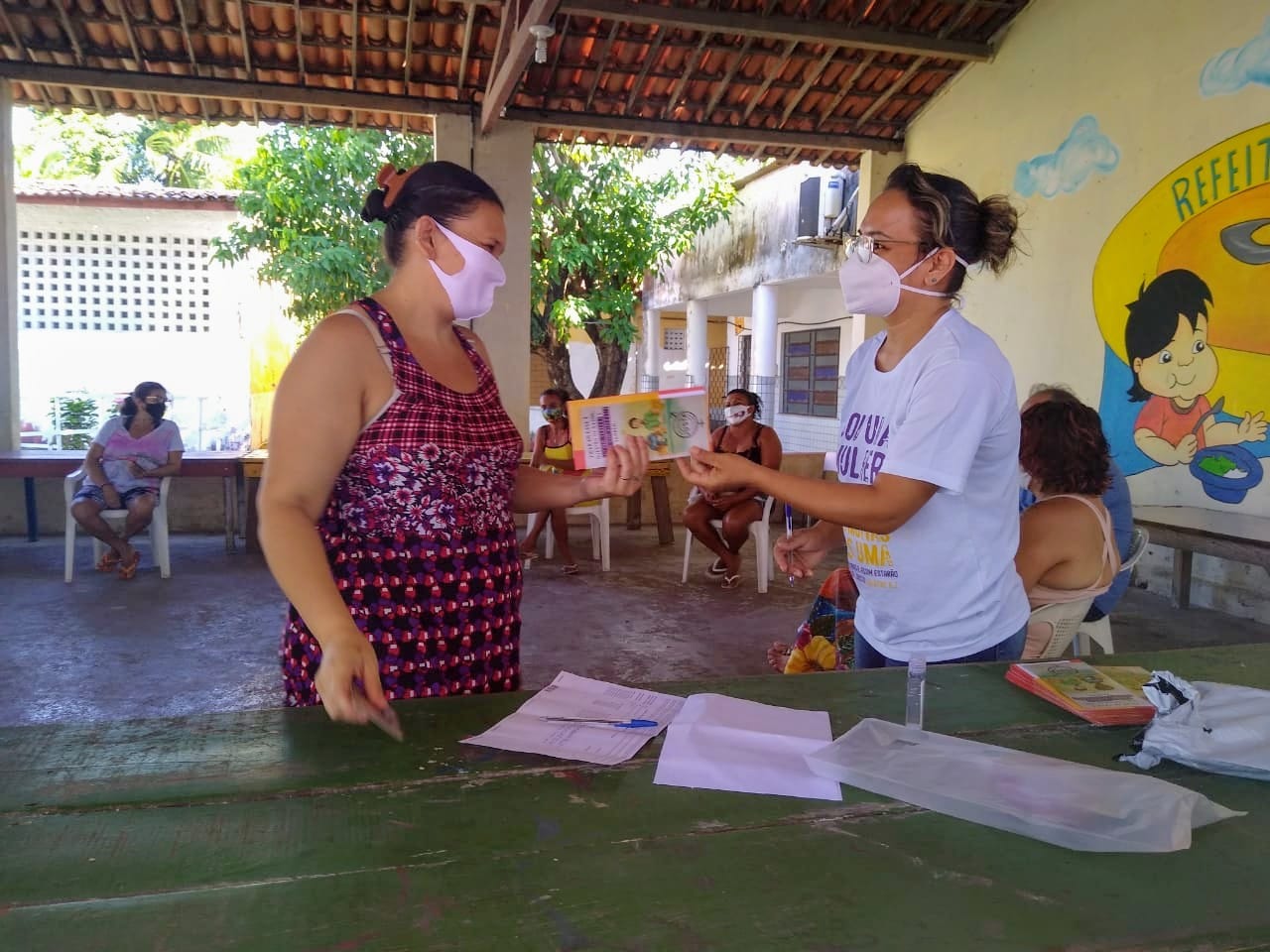 Finally, Fundação Amazonia Sustentável (FAS) received 700 cards and used them to compose food baskets that were distributed to communities in remote areas of the state of Amazonas. At the Canumã RDS reserve, FAS donated food baskets to 455 families, while at the Maués state florest 813 families were assisted.  The delivery process took several days and included boat trips.

So far, the campaign has raised more than R$ 1.6 million reais, which was doubled by Carrefour’s contribution. To donate and learn more about the other partner institutions, visit comprasolidaria.carrefour.com.br