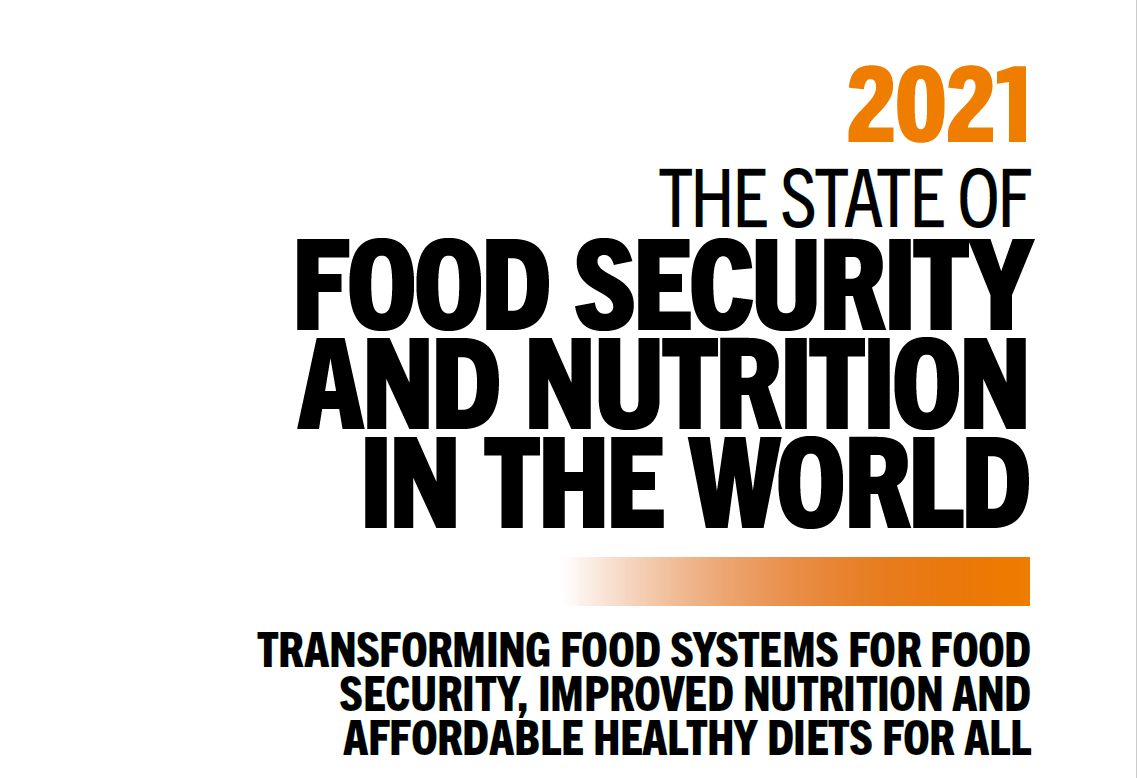 There was a dramatic increase of world hunger in 2020, the United Nations said today – much of it likely related to the fallout of COVID-19. While the pandemic’s impact has yet to be fully mapped, a multi-agency report estimates that up to 811 million people were undernourished last year, which represents an increase of over 160 million people in comparison with 2019. The number suggests it will take a tremendous effort for the world to honour its pledge to end hunger by 2030.

This year’s edition of The State of Food Security and Nutrition in the World (SOFI 2021) is the first global assessment of its kind in the pandemic era. The report is jointly published by the Food and Agriculture Organization of the United Nations (FAO), the International Fund for Agricultural Development (IFAD), the United Nations Children’s Fund (UNICEF), the UN World Food Programme (WFP) and the World Health Organization (WHO). To reflect the added uncertainty induced by the pandemic, this year’s edition for the first time presents a range (720 million to 811 million) rather than a single headline number.

“Our worst fears are coming true. The reality is worse than expected. In one year alone, the number of people in the grip of chronic hunger has risen more than in the previous five years combined. Reversing such high levels of chronic hunger will take years if not decades. We must commit now to working together at the national, regional and global levels to build lives back better and quicker. The cost of inaction is simply too high for all of us”, said WFP Chief Economist, Arif Husain.

Furthermore, many regions and countries are increasingly dealing with multiple forms of malnutrition simultaneously. This coexistence within households and populations of undernutrition along with overweight and obesity, referred to as the “double burden of malnutrition” is one of the most alarming of them. It has been rising in Latin America, boosted by industry-led marketing and greater access to highly processed foods, often high in energy, fats, sugars, and salt. Negative impacts on the affordability of healthy diets and diet quality in most countries increase the likelihood of micronutrient deficiencies, and along with decreased physical activity, is exacerbating overweight and obesity, as well as non-communicable diseases, far beyond the duration of the pandemic. That specially affects children.