The WFP Centre of Excellence against Hunger Brazil concluded this week the shipment of a second batch of food vouchers donated by Carrefour’s Compra Solidária campaign. A total of 9,938 vouchers worth R$100 each were sent to four partner NGOs: Ação da Cidadania, Cáritas, Diaconia and Fundação Amazônia Sustentável (FAS). The cards will benefit around 44,000 people in 12 states and the Federal District.

The donation campaign was led by Carrefour while the WFP Centre of Excellence coordinated the activities of partner NGOs, ensuring the distribution of cards to vulnerable families in areas that were most affected by Covid-19. In the first phase of the campaign, the NGOs distributed 6,000 cards in 12 states and the Federal District, benefiting about 26,800 people.

“At this time of crisis, the WFP uses its coordination and logistics expertise to help private organisations and NGOs reach those who are in need, in all corners of the country,” said Daniel Balaban, Director of the WFP Centre for Excellence in Brazil. A team from FAS, for instance, had to travel several days by boat to reach two communities in the state of Amazonas. In this case, the team used the cards to compose food baskets to assist families that are unable to travel to urban centres to purchase food. 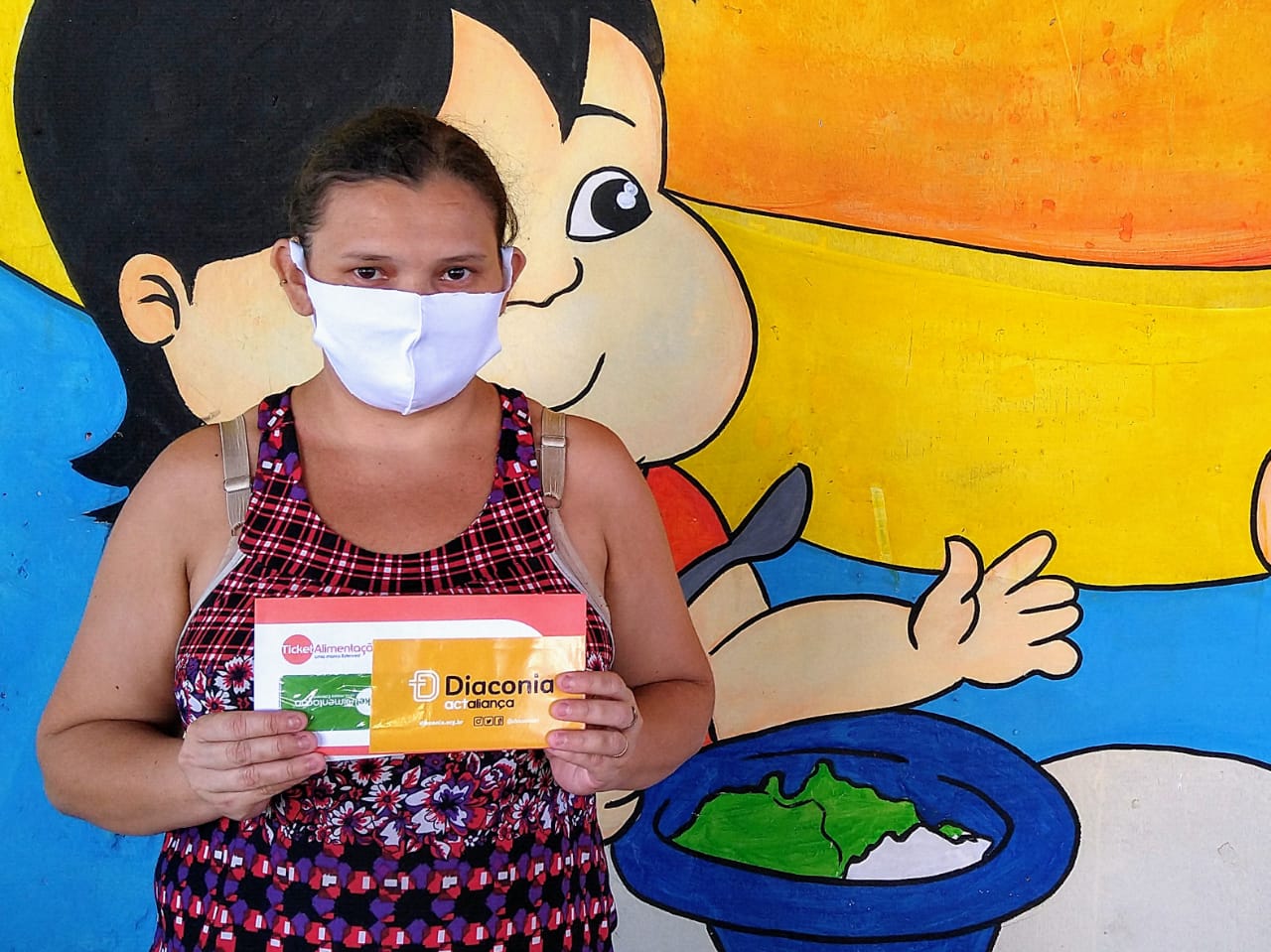 Carrefour Brasil’s Compra Solidária campaign raised more than R$1.6 million reais through donations from individuals and companies, which was later doubled by Carrefour’s contribution. Depending on the location and logistical conditions, the cards were delivered directly to the population covered by the NGOs. For more isolated communities, the families received pre-assembled food baskets.

Beneficiaries who received the cards can use them at any store, as long as they are used to purchase essential products. The WFP also recommends that families buy fruits and vegetables to cook healthy meals and preferably use local shops.

To learn more about the other partner institutions, visit comprasolidaria.carrefour.com.br