WFP and Carrefour Brazil work together in fundraising campaign 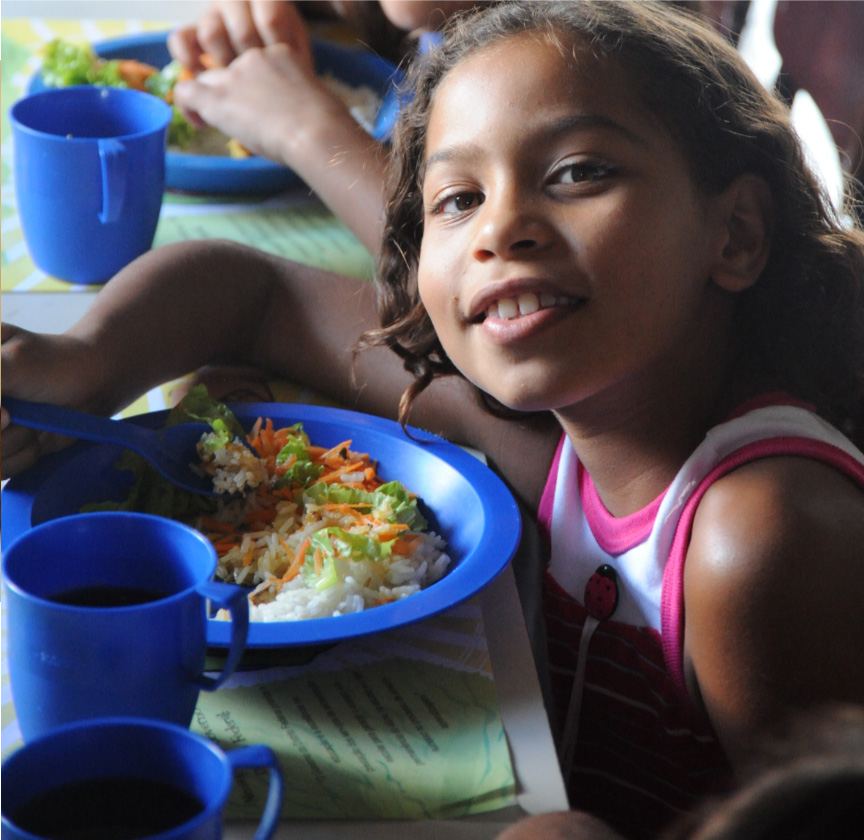 The WFP Centre of Excellence against Hunger in Brazil entered a partnership with the Carrefour Brazil Group to collaborate in the “Compra Solidária” campaign, which intends to raise money to help families with the distribution of food vouchers worth R$100. As part of the campaign, the supermarket chain is committed to doubling the amount of donations made by individuals or companies on the campaign website, Carrefour or Atacadão stores, and their e-commerce platforms.

A part of the donations will be handed over to the WFP Centre of Excellence, which in turn will coordinate the distribution of the vouchers in 13 capitals and metropolitan regions: Belo Horizonte, Brasília, Curitiba, Fortaleza, João Pessoa, Macapá, Maceió, Manaus, Porto Velho, Recife, Rio Branco, São Luis and Teresina. The distribution will take place in partnership with entities with which the WFP Centre of Excellence already works and which have a presence in these regions. “Creating partnerships and acting in a coordinated manner is the way to help the countless families that are experiencing financial difficulties as a result of actions to combat the pandemic,” said Daniel Balaban, Director of the WFP Centre of Excellence Brazil.

WFP is part of a group of seven institutions chosen by Carrefour Brazil to operate this solidarity campaign. “The WFP has been working to help people in vulnerable situations for many years and it is very important for us at Carrefour Brazil to be able to count on their partnership and help those who need it most in this very delicate moment”, says Lucio Vicente, head of Sustainability at Carrefour Brazil.

Once the cards reach the beneficiaries, they will be able to use the resources at a retailer of their choice, the only requirement is that they are used to purchase essential products. The WFP also recommends that families buy fruits and vegetables to make healthy meals, thereby strengthening immunity.

The United Nations World Food Programme (WFP) is the largest humanitarian agency in the world, providing assistance to over 100 million people in 83 countries. The WFP Centre of Excellence in Brazil is the result of a partnership that has existed since 2011 between the WFP and the Government of Brazil. The office supports governments in Africa, Asia and Latin America in the development of sustainable solutions, programmes and public policies against hunger that are managed by national governments. During the Covid-19 pandemic, the Centre of Excellence is collaborating with various institutions to leverage donations and increase the reach of food distribution and personal protective equipment.

About the Carrefour Brazil Group

The Carrefour Brazil Group has been in the country for 45 years and is the market leader in food distribution. Using an omnichannel and multiformat platform, it brings together retail and Cash & Carry operations, in addition to Banco Carrefour and its real estate division, Carrefour Property. It currently operates Carrefour (hypermarket), Carrefour Bairro and Carrefour Market (supermarket), Carrefour Express (proximity retail), Carrefour.com (e-commerce), Atacadão (wholesale and self-service wholesale), in addition to service stations and drugstores. Present in all states and the Federal District, its operations cover over 690 points of sale. With revenues of R$62.2 billion in 2019 and 87,000 employees in Brazil, this is the second largest operation among the countries in which the Carrefour Group operates. The company also stands out for being one of the largest private employers in the country and one of the 20 largest companies listed on the Brazilian stock exchange (B3). In addition, it has focused on increasingly democratizing the population’s access to healthy food, promoting the Act for Food movement. Worldwide, the Carrefour Group operates in more than 30 countries and, in the coming years, will implement the strategy envisaged in the Carrefour 2022 plan, through which it leads an intense omnichannel movement, digital transformation and food transition so that its customers can consume even better in any place. With more than 360 thousand employees and 12 thousand stores spread across Europe, Asia and Latin America, it is present in the lives of more than 105 million customers. In 2019, the company’s global revenue totalled € 80.6 billion.