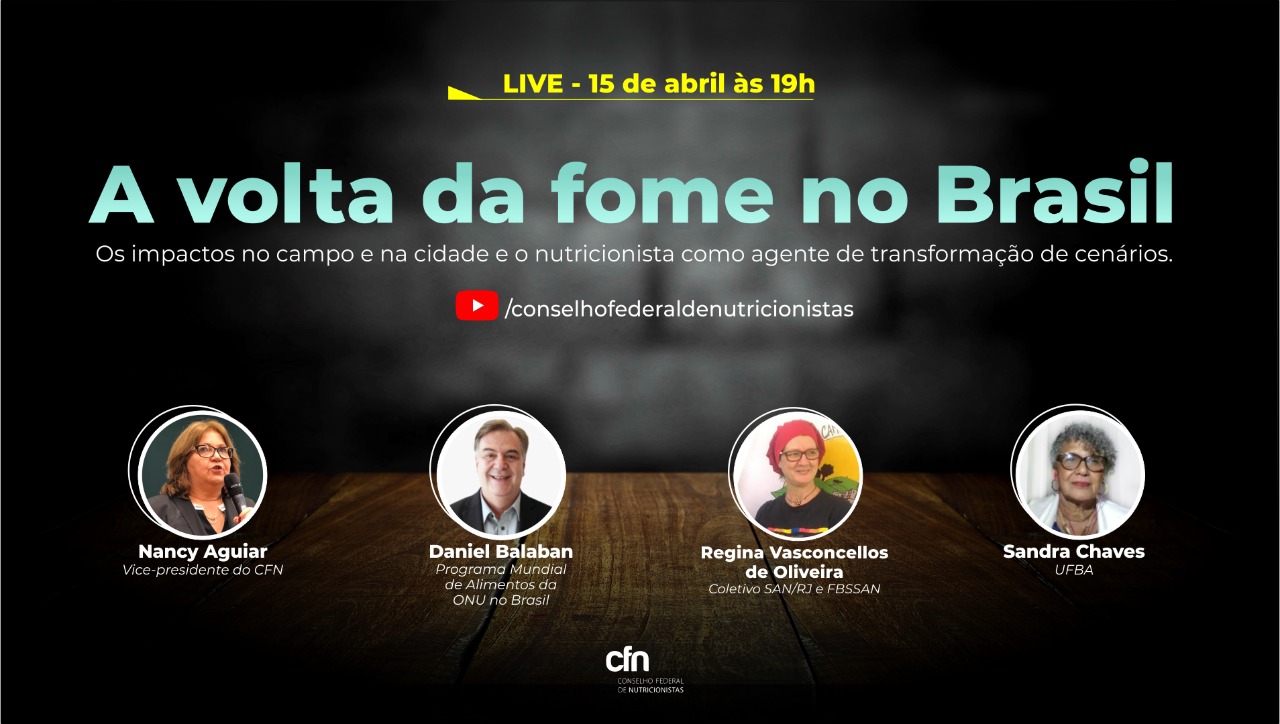 On Thursday, April 15th, the Director of the WFP Centre of Excellence against Hunger in Brazil, Daniel Balaban, took part in an online event promoted by the Federal Council of Nutritionists (CFN) in Brazil. The event had as its theme the increase of hunger in the country, its impacts on the countryside and in the city, and the role of the nutritionist as an agent of transformation. The event was broadcast live on YouTube and was attended by hundreds of nutritionists from various regions of Brazil.

In his speech, Daniel Balaban remembered that food insecurity levels have been increasing in Brazil over the past decade. “Hunger happens because of social inequalities, because of income distribution”, said Daniel Balaban, when talking about the importance of public policies for the fight against hunger to happen in a structured way. “If we want to end hunger in the world one day, we will have to work on reducing inequalities. We need to go to the root of the problem, we need to discuss public policies”, he said.

He also spoke of the important role of nutritionists in this process: “The nutritionist lives this reality every day and public policies are completely inserted in the activities of these professionals”. As an example, he mentioned the Brazilian National School Feeding Programme (PNAE), which serves more than 40 million children and is considered an example that inspired public policies in several countries around the world. 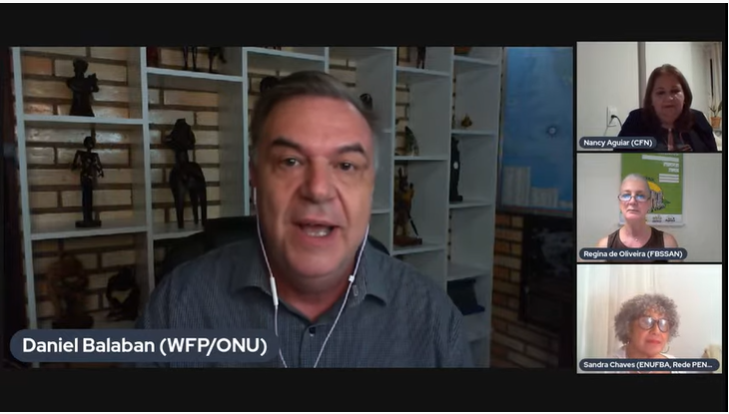 In her speech, Sandra Chaves spoke of several surveys on food security in Brazil and presented data from the National Survey on Food Insecurity in the Context of the Covid-19 Pandemic in Brazil, developed by the Brazilian Network for Research in Sovereignty and Food Security (Rede PENSSAN) . “It is essential to keep in mind that the pandemic is an important factor in this scenario, but it is not the only factor responsible for the rise of food insecurity in Brazil”, she said, while showing that the number of food insecure families has been increasing since 2015.

Regina Oliveira, on the other hand, detailed the field work carried out in Rio de Janeiro, especially in rural areas. She also spoke of the role of the nutritionist in promoting food security and guaranteeing the human right to food. “The nutritionist’s mission is to guarantee the human right to food for all, with an adequate and healthy diet, based on our professional practices”.

A recording of the event is available here >>