A decade of cooperation: Kenya 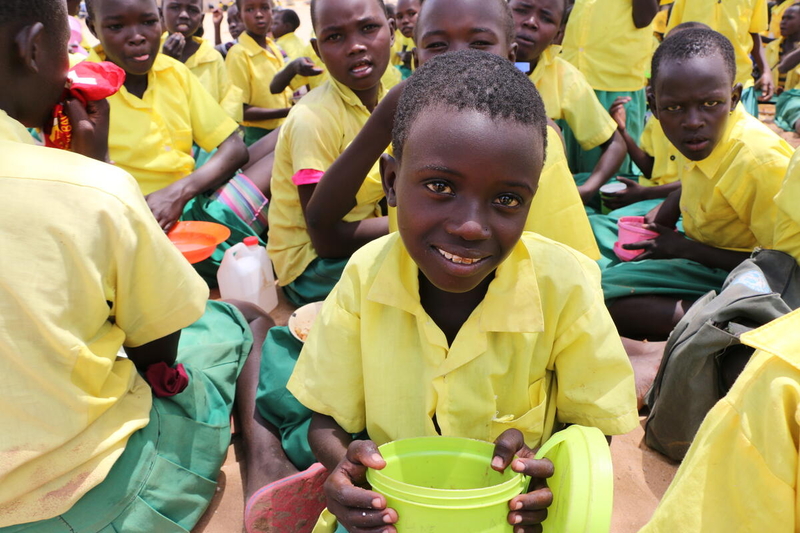 School-based programmes operated by the WFP and the government of Kenya act as tools to strengthen the country’s capacity and ensure access to safe and nutritious food for school-aged children. These programmes are important means of increasing resilience to vulnerabilities, shocks and stress, especially for smallholder farmers. School feeding linked to local agriculture is the main school programme in Kenya and has been in operation since 1980. Today, WFP, together with the Kenyan Ministry of Education, provides nutritious meals to 1.5 million children.

Since 2009, school meal interventions have moved from WFP to a school feeding modality linked to local government-led agriculture, which ensures that food is purchased from local farmers, promoting local economic development. It was also in 2009 that Kenya’s cooperation with the government of Brazil began, when the WFP country office started to participate in cooperation actions with officials from the Brazilian Ministry of Education. Between 2011 and 2017, Kenya received direct support from the WFP Centre of Excellence against Hunger Brazil to strengthen its school feeding programme and develop the National School Feeding and Nutrition Strategy.

In 2013, the Kenyan government began preparing for the sustainable expansion of its school feeding programme linked to local agriculture, which took place between 2014 and 2018. This transition was aimed at building a programme in Kenya that was fully managed by the national government, with integrated actions in education and nutrition, and a programme that purchased from local smallholder farmers, stimulating local economic development.

In 2015, the Centre of Excellence, WFP and the Brazilian government organized a technical mission to Kenya to support the government of that country in building the National Strategy for School Feeding and Nutrition. In 2016, a study visit aimed to understand how Brazil managed to integrate its social policies and programmes in the areas of food security, nutrition, income generation, school meals and family farming. After the mission, the Centre of Excellence supported the WFP and the Kenyan government in strategy reviews.

In 2018, the Kenyan government formally approved and launched the National Strategy for School Feeding and Nutrition. In 2019, the process of transferring accountability from the WFP school feeding programme to the government of Kenya was finalized. However, WFP continues to act as a partner to the Government of Kenya, collaborating with technical support where necessary. To record the result of the technical support work, the Centre of Excellence developed, in partnership with the WFP and the Government of Kenya, “Country Experiences: Kenya”, published in the first half of 2021. The publication details the country’s journey in the development of its national school feeding programme and the role of the Centre of Excellence and the Brazilian government in this process.

Find out more in the book “A Decade of Cooperation: 10 years of the WFP Centre of Excellence against Hunger Brazil”.