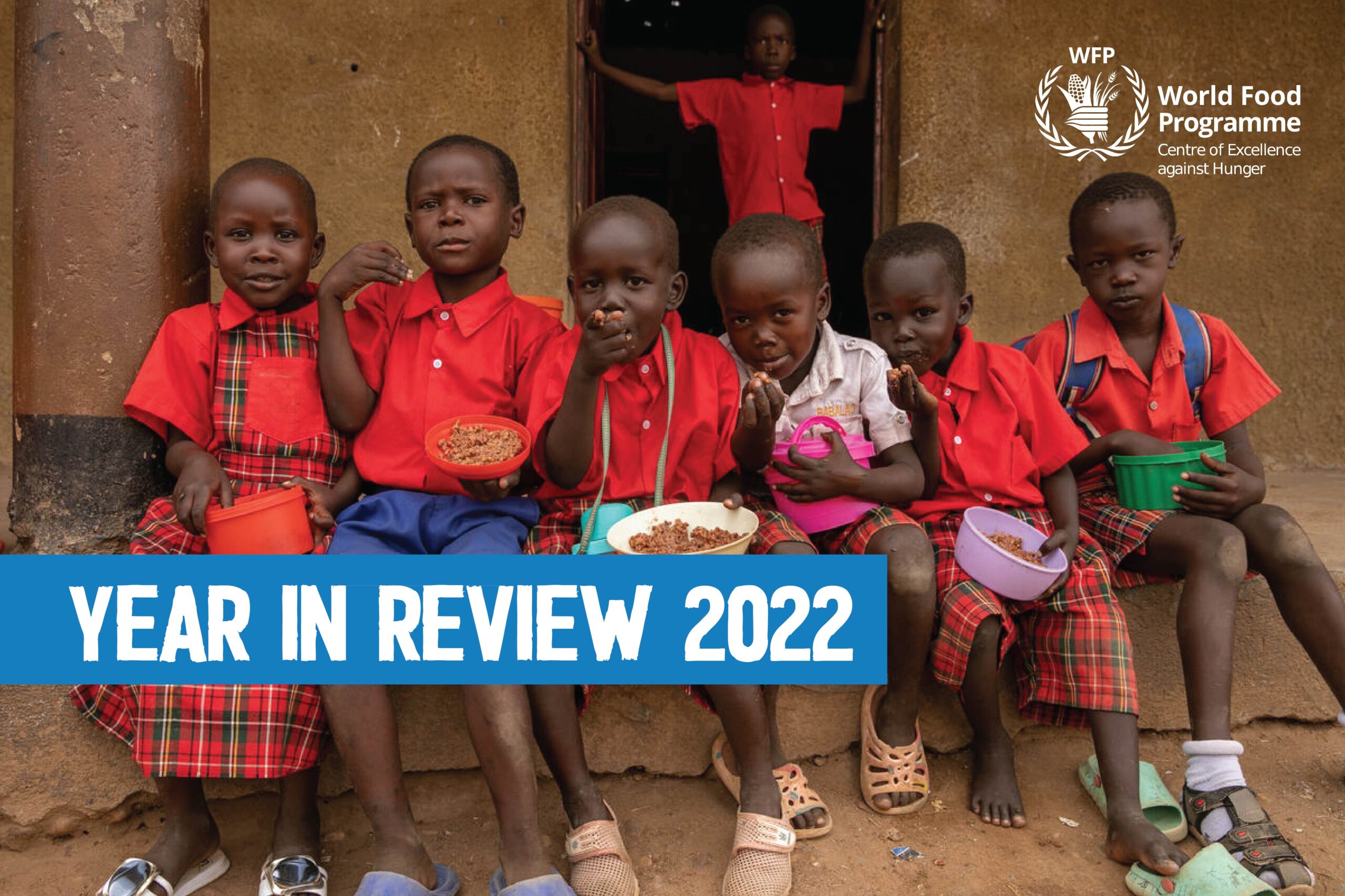 In 2022, the conflict in Ukraine, which erupted in February, brought new logistical and humanitarian challenges to the world, causing increased hunger in a scenario also affected by climate shocks and post-pandemic effects. In July, the State of World Food Security and Nutrition (SOFI 2022) report showed an increase in the number of people affected by hunger, reaching 828 million.

In this difficult scenario, important partnerships have allowed essential aid to reach those who need it most. In Brazil, through a partnership with Mastercard, we supported the mapping of beneficiaries for the distribution of 183,000 food baskets to 84,000 vulnerable families in 26 states and the Federal District. More than 50 local entities supported the efforts, especially in remote areas.

In addition, advocacy activities and dissemination of hunger solutions have been the subject of several actions of the Centre of Excellence, including international events. Highlights include the Regional School Feeding Forum in Colombia; the seminar on South-South Cooperation in China; the Global South-South Development (GSSD) Expo; and the 23rd Global Child Nutrition Forum (GCNF) in Benin.

The Centre also produced communication materials and organised events to mark important dates, such as World Food Day, which included events in Rio de Janeiro and a digital campaign to raise awareness about the effects of climate change with the support of renowned Brazilian chefs, including Rita Lobo. Other campaigns were also produced for World Human Milk Donation Day and World Breastfeeding Week. In addition, the Centre produced a collaborative post with former football player Pelé.

After the official launch in 2021, the Programme team continued with the activities of the “Virtual Study Visit: Brazil” which, in 2022, was attended by Sierra Leone (which then received a technical mission from the Centre of Excellence); Ethiopia (which then came for a on-site visit to Brazil); and Angola.

The team also organised two seminars with Portuguese-speaking countries to discuss nutritional aspects of school feeding programmes and also the importance of the connection with family farming. In October, during the 50th Session of the Committee on World Food Security (CFS), the team also promoted an online event on digital and triangular South-South cooperation for the promotion of school feeding programmes.

In addition, a joint project was launched between the Centre of Excellence and FAO to strengthen countries’ capacities in home-grown school feeding (HGSF), particularly through linkages between agriculture, local food and family farmers, encouraging inclusive procurement and short chains for the promotion of adequate nutrition.

Projects: Beyond Cotton and Nurture the Future

As part of the activities of the Year of Fruits and Vegetables, the Nurture the Future project team collaborated in preparing an e-book containing selected experiences in the “Innovation Lab: Encouraging the production, availability, access and consumption” of these foods. The team also participated in the Brazilian Nutrition Congress (CONBRAN, in portuguese), the largest event of its kind in the region. There, the team presented some recent project actions and organised a workshop on good nutrition practices in Peru, Colombia and Brazilian states, and an international seminar on recommendations for the production, supply and consumption of fruit and vegetables.

The Beyond Cotton project advanced with the approval of the Annual Operational Plan for Benin, which allowed the start of field activities with family farmers and schools in the participating regions. In Tanzania, the Project Document was approved in March and the Annual Operational Plan was signed in July. The document is the main reference of the technical cooperation initiative, as it contains the mechanisms and arrangements required to implement the activities and, in addition, serves as a basis for strategic decision-making regarding technical, managerial and coordination aspects of the project.

The Beyond Cotton team also carried out a technical mission to Tanzania, alongside representatives of the Federal University of Campina Grande (UFCG), to support local farmers through workshops and knowledge exchange. Actions were also carried out to improve agricultural practices related to the planting of cotton and associated crops, such as the assembly and demonstration of the use and functionality of equipment.

In Mozambique, the project team started market mapping activities and also approved the Annual Operational Plan for the country. In August, delegations from Benin, Mozambique and Tanzania came to Brazil for a field visit in Bahia, to visit an agricultural cooperative and a school, and to participate in the Brazilian Cotton Congress. Moreover, the team also participated in the activities of the World Cotton Day, in October, in Rome.

Throughout the year, the Centre of Excellence advanced in the consolidation of already established partnerships, such as Mastercard, Sodexo and supported the local partner Ação da Cidadania in a project of mapping community kitchens and food banks with Google Brazil, besides continuing the partnership with the Institute of International Relations (IRI) of the Pontifical Catholic University of Rio de Janeiro (PUC-Rio). We also supported an unprecedented training course in Brazil provided by the WFP Logistics Cluster to public and third sector organisations dealing with emergency response in Brazil.